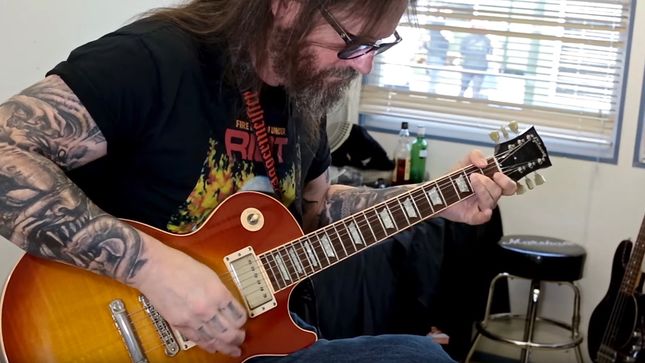 Marshall Amplification hung out with Gary Holt at Download Festival 2019 to try out the new Studio Vintage Series and talk all things tone. Watch the video below, and learn more about the Studio Series here.

On Saturday, November 2, 2019, Slayer - Tom Araya/bass and vocals, Kerry King/guitars, Gary Holt/guitars, and Paul Bostaph/drums - will set off on The Final Campaign, the seventh and final leg of its farewell world tour. This last hurrah will start at the ExploreAsheville Arena in Asheville, NC, and see the band taking its goodbye bow at the Los Angeles Forum on Saturday, November 30.

Accompanying Slayer for this last ride are Primus, Ministry and Philip H. Anselmo & The Illegals performing a vulgar display of Pantera, who will support on all dates.