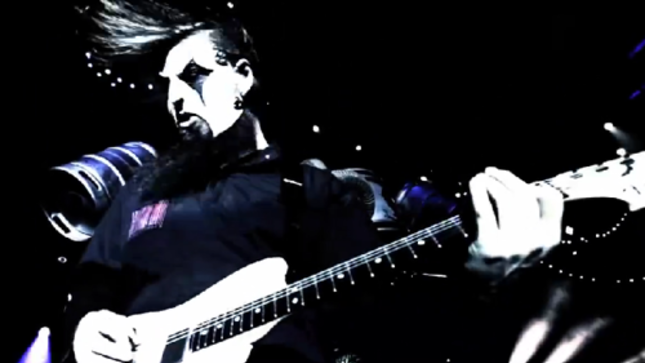 Slipknot have posted clips on Facebook from their recent show in Cardiff, Wales featuring behind-the-scenes and live footage. Check it out below:

On January 16th Slipknot touched down in Sheffield, UK at the Motorpoint Arena. Fan-filmed video from the show can be viewed below:

Slipknot are streaming their fifth studio album .5: The Gray Chapter,  at this location. .5: The Gray Chapter was released on October 21st via Roadrunner and is the band's first without founding bassist Paul Gray, who passed away in 2010, and drummer Joey Jordison.

"The Negative One" video: