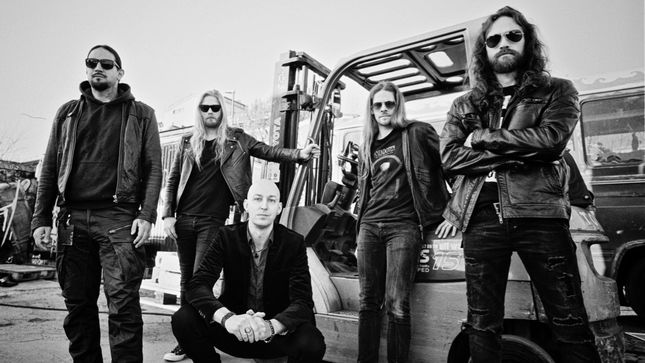 Swedish progressive metal collective, Soen, have confirmed Latin American tour plans for the very first time, in March 2020. The band will be touring in support of their stunning Lotus full-length, released earlier this year via Silver Lining Music.

Issues drummer Martin Lopez, "After a very long wait, it's finally time to come to Latin America to present our new album Lotus. It is with great joy and satisfaction that we can announce that we will be coming to you in March of 2020. We have never toured Latin America before and we are beyond ecstatic to share our music with the best audience in the world... see you soon!"

Tickets for the Latin American dates, which will see the band perform in Mexico, Chile, Uruguay, Argentina, Brazil, Peru, Colombia, and Costa Rica, will be available for presale on May 17th, 2019 with more information will be released shortly.

To give fans a taste of what's to come and to pay homage to those who've come out to support them, Soen has released a video photobook from moments captured whilst on the road in Europe earlier this year. The video features an edited version of their hypnotic track "Lascivious."

Tour dates (with Wheel, The Price):

* no Wheel or The Price