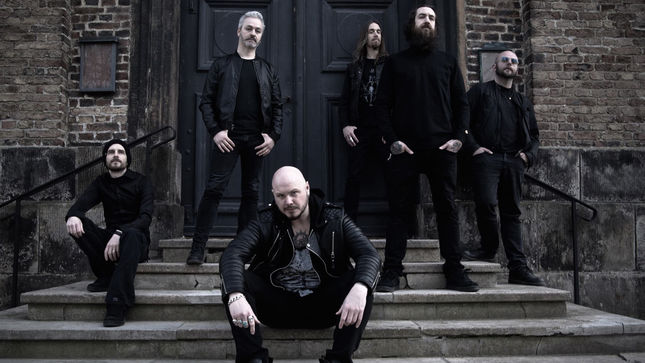 Swedish metallers Soilwork will release a special collection of rarities under the monicker Death Resonance, out on August 19th via Nuclear Blast Records. Pre-order the album at this location.

Soilwork have released one of the two brand new songs off Death Resonance. Watch the lyric video for "Helsinki", created by well known videographer Tommy Antonini, below.

Commented guitarist David Andersson: "Death. It's a word that might be used too often, but it can still be interpreted in a myriad different ways. It's not just the soma being deprived of its life-force; it's also the end of infinity, the birth of new possibilities and the acceptance of inevitable change. This song was written soon after the recording of our live album in Finland, making new friends and making sure that the old ones stay with us forever, despite the fact that everything is finite."

Says vocalist Björn 'Speed' Strid: "The cover for Death Resonance is made by Mircea Eftemie and in many ways he has managed to capture what we went through while recording The Ride Majestic: the sorrow, the close encounter with death, the aftermath and also the existential cogitation that came with it. It links those albums together, even though Death Resonance contains unreleased material from 2005 onwards. The cover almost seems like a link between life and death and not only captures where the band is right now, but also where we've been and what lies ahead."