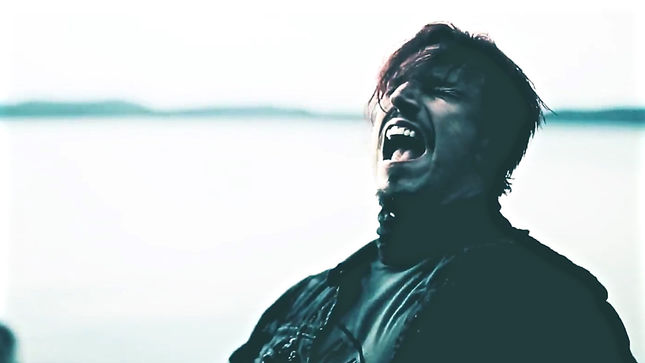 Finnish melodic metal quintet Sonata Arctica will release their ninth masterpiece, entitled The Ninth Hour, on October 7th through Nuclear Blast. A first track by track video for the album can be found below.

The Ninth Hour was produced by Sonata Arctica themselves and mixed by Pasi Kauppinen, to create a typical yet refreshing sound that defines the spirit of the band in the year 2016.

“The studio work for the new record started seriously in mid-April 2016 in several home studios around Finland," singer Tony Kakko explains. “But the main recording and mixing took place at the Studio57 in Alaveteli, Finland. It functions as a kind of centre point and all work finally ends up there. We aimed to create another melodic, beautiful, surprising Sonata Arctica album… Did it turn out that way? I surely think so. But maybe I should leave that for you to decide!”

After a North American tour with their friends from Nightwish plus many headline shows around the globe, the band was once again able to take a look at the entire world as it is at the moment – on the edge of a possible armageddon. This spirit is reflected in the new artwork of The Ninth Hour.

“The artwork of our ninth studio album The Ninth Hour depicts a future utopian landscape on the background. Nature and human technologies are in balance. In the middle we have an hour glass contraption with a knob for us to meddle with. The right-hand side cup represents the nature side with no humans left, on the left we have the human dystopia after we have destroyed Nature. The idea I had was, that turning the knob will tilt the hour glass in one direction or another, and the other cup will slowly empty and that future will be erased. Biblically we are expected to repent and sacrifice on The Ninth Hour…to dive right back to a more mundane reality, it’s a fact that we are currently living in critical, historical times. Our decisions will define the future. Not only ours as a race, but the future of this entire planet. We need to make sacrifices and in many cases we will repent our already made choices.”

“Closer To An Animal”
“Life”
“Fairytale”
“We Are What We Are”
“Till Death’s Done Us Apart”
“Among The Shooting Stars”
“Rise A Night”
“Fly, Navigate, Communicate”
“Candle Lawns”
“White Pearl, Black Oceans Part II – By The Grace Of The Ocean”
“On The Faultline (Closure To An Animal)”

“Closer To An Animal” lyric video: 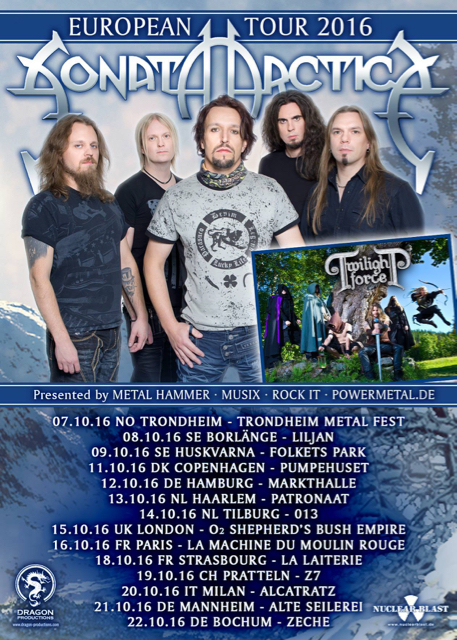 Sonata Arctica recently announced they will return this fall for a 33-date headlining tour of North America. The kick-off show is slated for November 6th at The Fillmore in Charlotte, NC. Supporting the band will be German-Norwegian symphonic metallers Leaves’ Eyes and Finnish melodic death metallers Omnium Gatherum opening.

Tickets for the confirmed tour dates are now available exclusively at EnterTheVault.com. A limited number of VIP Meet & Greet tickets which include a poster will be available for for purchase for each show.