Spain's APOSENTO Unleash "The Dweller On The Threshold" Lyric Video 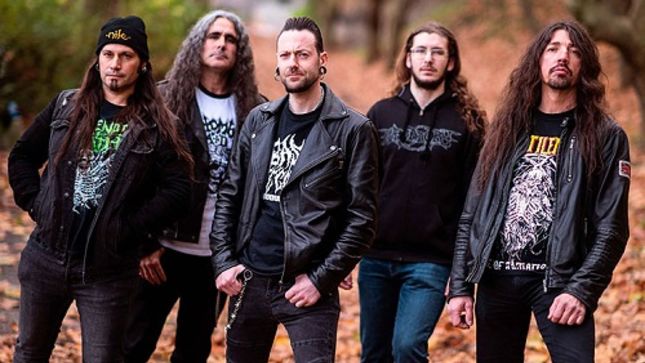 Spanish death metal band Aposento has issued a lyric video for "The Dweller On The Threshold". The song will appear on their new album, Conjuring The New Apocalypse, scheduled for release on May 5th through Xtreem Music on CD and 12"LP formats.

Conjuring The New Apocalypse contains 10 new tracks in Aposento's traditional style of brutal and powerful, old-school classic death metal. The album was recorded and mixed by Dan Díez at Track Stereo Studios, and mastered by Dan Swano at Unisound Studios in Germany. The cover art, which can be seen below, was created by Naroa Etxebarría. 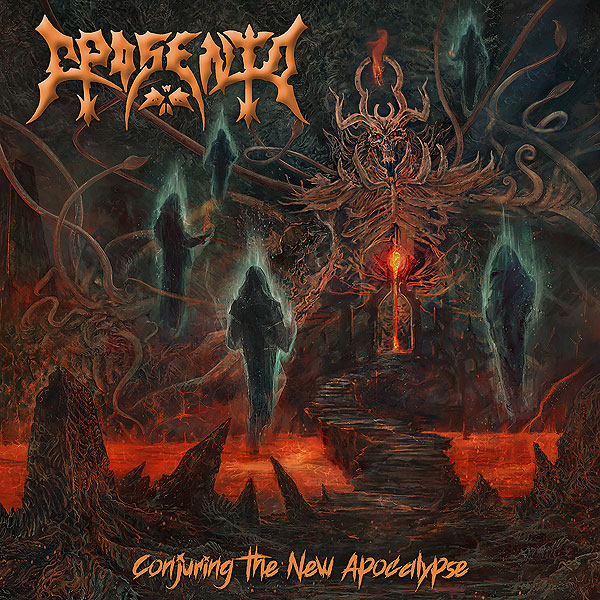