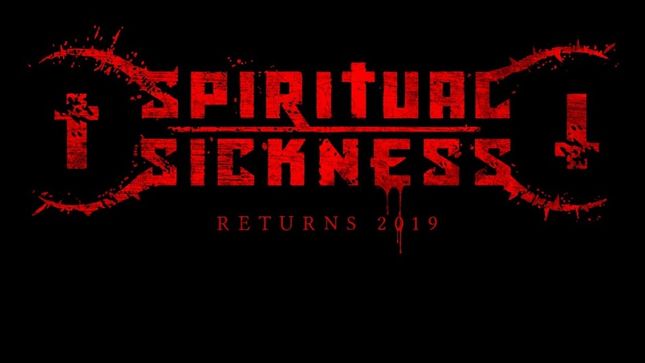 New York, technical metal band, Spiritual Sickness has announced the addition of vocalist Paul LaPlaca to its line-up. The band is currently in the studio, with pre-production underway for the follow-up to their 2014 self-titled EP, Spiritual Sickness.

Guitarist and bandleader Ed Mischke says, "We’ve been looking for a long time to find someone to kick some serious ass with us live and not wind up with a douche on stage. The bottom line is that this guy gets it totally, as the band's music is not easy to sing to.”

Spiritual Sickness has toured in Europe with ‪Veronica Freeman‬ as ‪Benedictum in support of The Three Tremors‬, Cage, as well as having opened for Ghost Ship Octavius, Skid Row, Testament, and ‪Kings X‬ here in the states.

LaPlaca most recently joined Carnivore on bass to celebrate the 30th anniversary of Retaliation, which they played in its entirety for the first time at the Black and Blue Ball in NYC. He’s also performed with Chris Caffery (‪Savatage‬/ TSO), ‪Ted Poley‬ (Danger Danger), ZO2, VON LMO, Thor, Zandelle, Grey Skies Fallen, and October Thorns.

Spring 2020 tour dates are being planned for Europe and the U.S.