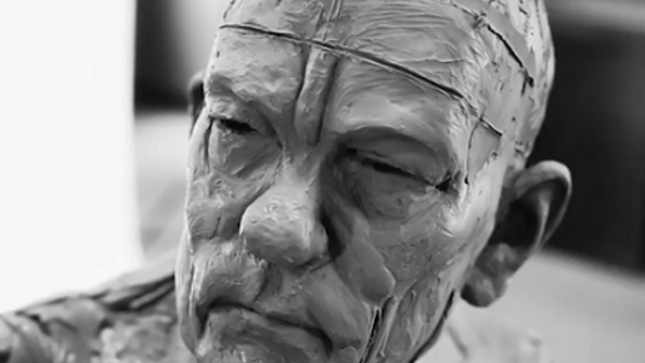 A St. John's-based sculptor named Morgan MacDonald, who has become well-known for works about Newfoundland and Labrador's history and culture has taken on a project rooted in something else: a lifetime of admiration for legendary Rush drummer Neil Peart, who died earlier this year, reports The CBC.

His interest in honouring Peart, who played in Rush for nearly half a century and wrote the band's lyrics, is driven by a personal passion. "This is a bit of a volunteer thing. It started in January with the news of Neil Peart's passing. It came as a bit of a shock to me," MacDonald said.

A petition to honour the drummer was drawn up by residents of St. Catherines, Ontario, which is Peart's hometown. MacDonald said the petition received 25,000 signatures. But while the city did opt to rename the Lakeside Park pavilion after Peart in his honour in early June, the placement of the yet-to-be-made statue is still making its way through city council.

That didn't stop MacDonald from getting started — creating a clay maquette of what the final, larger product could look like. He said he has put about 1,000 hours into the design. He will also be creating a duplicate maquette to give to Peart's sister, Nancy Burkholder, as part of an auction to benefit health-care charities throughout Ontario.