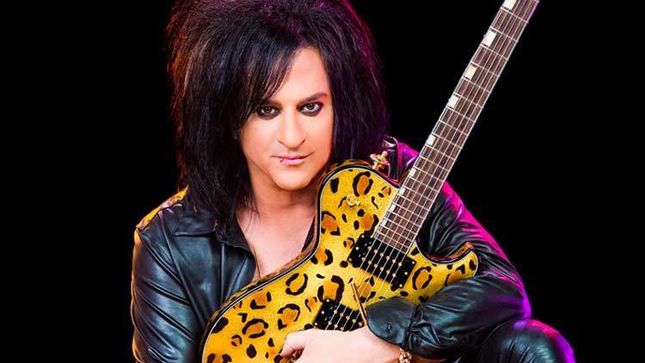 It was reported in 2016 that famed Billy Idol guitarist Steve Stevens was collaborating with Ozzy Osbourne for his new solo album. Guesting on Talking Metal, Stevens reveals that one of the songs they worked on “may see the light of day.”

On June 13th, Deadland Ritual performed at the O2 Academy Islington in London, England. Fan-filmed footage of the band covering the Sabbath classic, "Sweet Leaf", can be enjoyed below:

Deadland Ritual have released a video for their new single, "Broken & Bruised". The clip, directed by Michael P. Blevins, can be seen below:

Watch a lyric video for band's debut track, “Down In Flames”: