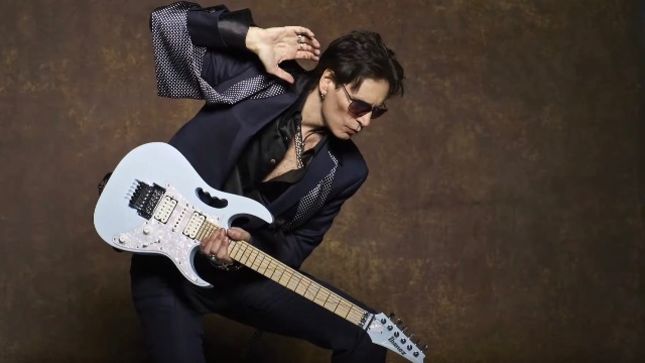 "Every day during sound check we jam and I record it. The band usually checks before me while I do the Evo Experience, and when I walk out on the stage, my guitar is hot and ready to go. I pick up my guitar and start playing and none of us have any idea what’s going to come out. Sometimes really nice things happen. Unfortunately we didn’t have the proper recording rig set up for this leg of the tour so the audio here is not good, but I came across the vid and thought is was a nice little impromptu jam."

Steve Vai has announced the release of Stillness In Motion on September 13 via his personal record label Light Without Heat, distributed by The Orchard.