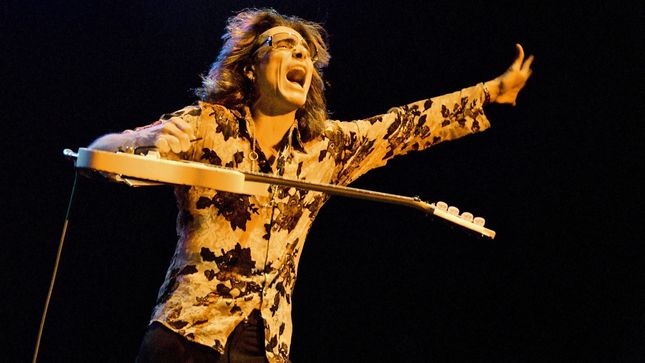 Round Hill Music has announced the addition of Grammy Award-winning guitar legend/composer, Steve Vai, to its esteemed roster. Vai joins via a North American/UK administration deal which includes catalogue and future releases.

Of the signing Steve Vai commented, “I am thoroughly enthused about my new partnership with Round Hill for the administration of my publishing catalog for North America and the UK. This is an evolving company with tremendously experienced folks at the helm, with serious muscle. I also feel tremendously fortunate that they are totally aware of my work and are eager to oversee its administration. It’s relationships like this that are one of the reasons I love this crazy music business so much.”

A virtuoso guitarist, visionary composer, and consummate producer who sculpts musical sound with infinite creativity and technical mastery, Steve Vai has awed fans of all genres with his exceptional guitar skills and musicianship for decades. At age 12, he started taking guitar lessons from Joe Satriani. An alumnus of the prestigious Berklee College of Music, at 18 he began his professional music career transcribing for, and then playing with, the legendary Frank Zappa. More than three decades, over 15 million in album sales, 13 Grammy nominations and three Grammy wins later, Vai has proven himself, in his own right, to be one of music’s true originals.

Vai’s work has been recognized with a long list of awards and honors, including over 15 from Guitar Player magazine alone. His career accomplishments have earned him honorary doctorates from Berklee College of Music and Musicians Institute. The 2016 Long Island Music Hall of Fame inductee was voted the 10th “Greatest Guitarist” by Guitar World magazine and consistently lands among the best in various lists of the top guitarists of all time.

Founded by Joshua Gruss along with Richard Rowe and Neil Gillis, Round Hill Music is one of the largest independent music rights company in the world. Through its various divisions, Zync Powered By Round Hill, Big Loud Bucks Royalty Administration, Round Hill Nashville, Round Hill Records, and its Bosshouse Music Library, Round Hill provides a full administrative platform for songwriters and artists that delivers everything from sync licensing, song placements, music production, label services and transparent, accurate global royalty processing and accounting.

Round Hill Nashville’s roster of hit songwriters includes Ashley Gorley, Dallas Davidson, Jimmy Robbins, Wade Kirby and Danny Myrick. Through a partnership with Big Loud, Round Hill Nashville also represents writers like Craig Wiseman, Rodney Clawson, Sarah Buxton and Matt Dragstrem. Round Hill’s catalog includes hit songs such as “Happy Together,” “All of Me,” “She Loves You,” “Video Killed The Radio Star,” “Calendar Girl,” “Living In America,” “Cool Kids,” “Best Day Of My Life,” “Fever" “I Saw Her Standing There,” “Stop! In the Name of Love,” “The Kids Are Alright,” “Total Eclipse Of The Heart,” “Hit Me With Your Best Shot,” “Bye, Bye, Bye,” “When a Man Loves a Woman,” “Cherry Pie,” “Land of A Thousand Dances,” I Feel Good,” “Marry You,” “What A Wonderful World" and many more.