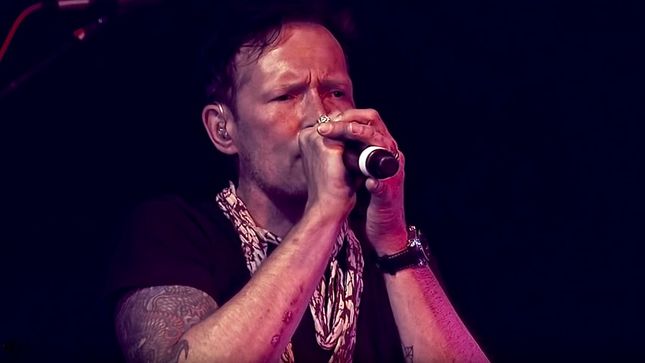 When Stone Temple Pilots returned to the studio in 1994 to record the band’s second album, the quartet was facing the high expectations set by its debut Core (1992), which sold more than eight million copies and earned a Grammy Award. The release of Purple on June 7, 1994 would cement their place as one of the definitive bands of their generation as the album debuted at #1 on the Billboard album chart on its way to selling more than six million copies.

Today - on the eve of the 25th anniversary of the album’s debut - Rhino announces the upcoming release of a newly remastered version of Purple that is expanded with rare and unreleased studio and live recordings.

Purple: Super Deluxe Edition will be available on September 13 for $64.98. The 3-CD/1-LP set includes a newly remastered version of the original studio album on both CD and vinyl, plus unreleased versions of album tracks and rarities, along with an unreleased full concert recording from 1994. On the same day, the music will be made available both digitally and as a 2-CD Deluxe Edition. The previously unreleased acoustic version of “Big Empty” is now available digitally. Listen via Spotify here, or via YouTube, below.

A limited edition bundle of the Purple: Super Deluxe Edition is now available to pre-order at stonetemplepilots.com which includes a bonus replica 7" vinyl single of “Interstate Love Song” that was originally released in the UK in 1994. This exclusive bundle is limited to 1,000 copies.

Scott Weiland, Dean DeLeo, Robert DeLeo and Eric Kretz recorded most of Purple in Atlanta with producer Brendan O’Brien. The album features some of the group’s most iconic tracks, including “Interstate Love Song” and “Vasoline” - which both topped the Mainstream Rock chart in 1994.

Purple: Super Deluxe Edition explores the making of the album with a mix of unreleased music that includes demos (“Unglued” and “Army Ants”) and early versions of album tracks (“Meat Plow” and Interstate Love Song”), plus acoustic recordings (“Big Empty”). The collection also features three unreleased live performances from the 1994 KROQ Acoustic Christmas show, including a version of “Christmastime Is Here” from A Charlie Brown Christmas. Perhaps the biggest surprise of the new collection, however, is STP’s previously unreleased demo of “She Knows Me Too Well,” a song the Beach Boys originally recorded in 1965.

Purple: Super Deluxe Edition closes with a previously unreleased recording of the band’s August 23, 1994 concert in New Haven, Connecticut. The electrifying 17-song performance captures the band in top form with both electric and acoustic sets, featuring 10 songs from Purple along with hits from Core (“Plush” and “Sex Type Thing”) and covers (David Bowie’s “Andy Warhol” and Woody Guthrie’s “Gypsy Davy”).