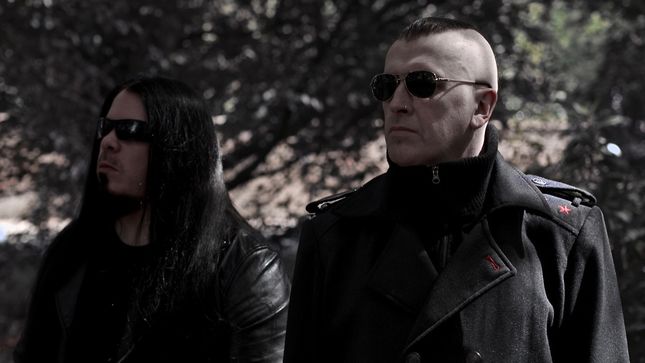 On the cold morning of November 22,  Strigoi shall rise from its crypt to unleash its debut album upon the world. With an approach that was as nihilistic and crusty as it was cinematically grand, Paradise Lost's Greg Mackintosh teamed up with former Extreme Noise Terror and Vallenfyre bass player Chris Casket to record a truly bone-crushing beast of old-school death metal, titled Abandon All Faith.

The 12-song-debut was recorded and mixed at Greg's Black Planet Studio between January and March 2019 and just recently, the English duo unveiled their haunting first single, "Phantoms". Now they allow you to dive deeper into the monocromatic band universe with a new trailer, in which Greg and Chris discuss how the band came into being after disbanding Vallenfyre, and how they collaborated on the music and lyrics during the songwriting process:

The debut album will be available as jewelcase CD, black vinyl in gatefold and digitally, and consists of 12 new tracks with a running time of 44 minutes. Pre-order here.