STRYPER Frontman MICHAEL SWEET - "I Sure Miss The Old Days, At Least Where Hard Rock / Metal Is Concerned..." 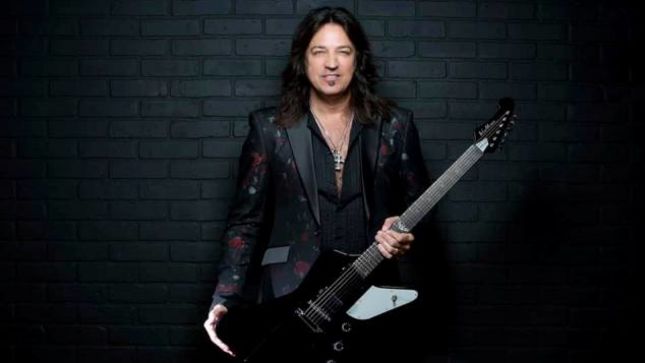 Stryper frontman Michael Sweet checked in via Facebook with the following message:

"I sure miss the old days, at least where hard rock/metal is concerned. There seemed to be such a high level of excitement and energy regarding a release back in the '80s. These days there is a certain level of enthusiasm, yet it almost feels as though it dies on release day. And I’m applying this to every project.

What happened? Why is it so difficult to keep the interest of the fans? I get it; we’re all older with different lives now and the music world has changed but I’d be a liar if I didn’t say that it’s somewhat frustrating and concerning. So much time and effort goes into an album and I give my all. I pour every ounce of my soul into it and to see it get (at least it feels this way) less and less attention with each passing year is at the very least disheartening. Oh well, it’s where things are now.

Anyway, I’m just sitting here at home expressing my heart. My apologies if I offended anyone. Although it’s a tough music world, I appreciate all the folks that are still there cheering me on.

God bless you all."