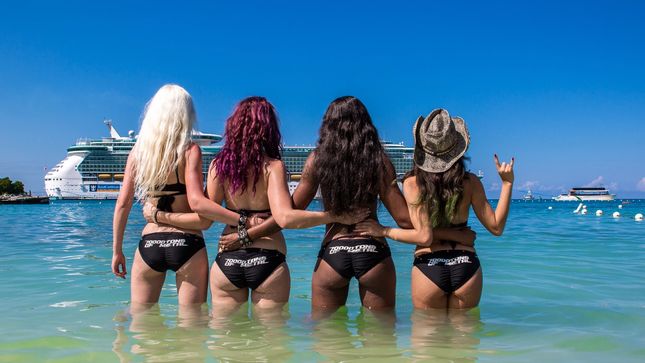 Suffocation will be infecting the Caribbean this January with their signature sonic assault on board #RoundX of 70000 Tons Of Metal, The Original, The World's Biggest Heavy #MetalCruise! Can you withstand the full might of their brutality twice?

As always, 70000 Tons Of Metal will be host of some very exclusive performances: Moonsorrow will perform their album Verisäkeet in its entirety, and Wintersun will play their ONLY two shows of 2020 on board.

Survivors and first-time sailors will headbang their way on board the 154,000+ ton luxury cruise ship, the Independence of the Seas, from Miami / Fort Lauderdale, Florida, to the beautiful island of Cozumel, Mexico and back. Sailors will be joined by 60 world-class heavy metal bands, performing 120+ shows over 4 nights. Only 3000 tickets will be sold.

Prices start at USD 833.00 plus taxes and fees per person and include on board accommodation, unrestricted access to all shows, meals, and numerous special events including Meet & Greets with all bands on board.

Don’t miss the boat! Visit 70000tons.com to book your cabin before they’re gone.