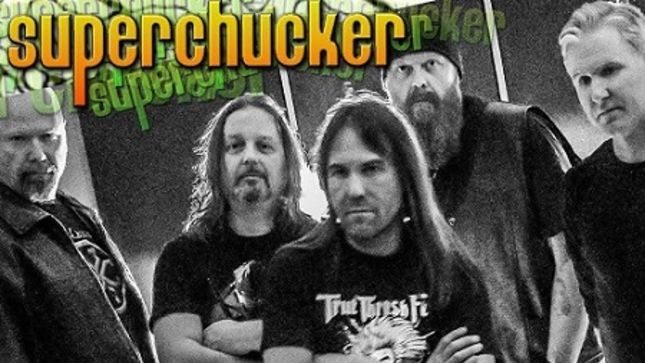 Toronto headbangers Superchucker have released their new video "Cloak Of Darkness", pulled from the band’s debut album, Widespread Panic!, which was released June 1st of this year independently. The track is the third video released from their debut and was produced by Clarence Poirier. The video version of the song is a remix from band guitarist Shawn Pegg.

Under the current pandemic situation, no shows are planned but a CD release show of some sort could be in the works for the not so distant future.