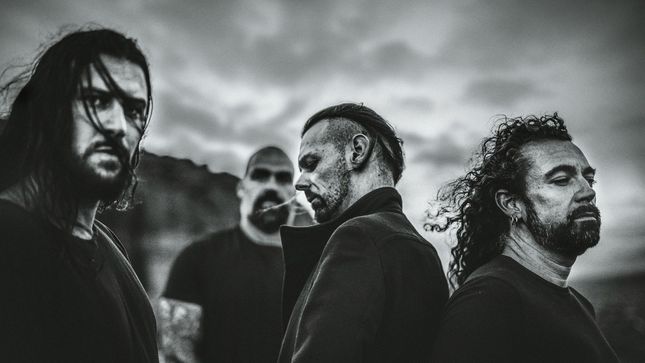 French extreme metallers, Svart Crown, are back with a new single and video, a new album, and a tour. The album, Wolves Among The Ashes, will be released on February 7.  Check out the first single, “Thermageddon”, below.

Band leader JB Le Bail comments: "We are again pretty excited to reveal the first track of our new album Wolves Among The Ashes, ‘Thermageddon’. It was the first track we wrote for this album, and it shows a certain desire to come back to the blackened death metal we loved in the late 90's: uncompromising, direct and with no superfluous element. But we cannot ignore that some doors were opened on our past releases and I am pretty sure that everyone is going to be surprised by what will happen next... This time, too, everything has been under the supervision of our Nganda "Francis Caste", who captured our best sound production to date. Last but not least, Dehn Sora gave us the perfect post apocalyptic vibe that this album needed.

Wolves Among The Ashes is certainly their most mature and diverse album to date. This new set of songs promises a deep and introspecting journey, from freezing black metal vibes to post-modern apocalyptic death metal.

Across tortured and bleak landscapes, the French quartet is exploring the most sombre and psychotic traits of humanity, from the telluric plea of "Thermaggedon" to the powerful vision of their new monolith "Living With The Enemy", slithering through sexual innuendo on "Art Of Obedience" or channeling spirituality on "Down To Nowhere". With its message both poignant and thoughtful, "Wolves Among The Ashes" is a true devil in sheep's skin and a new exciting milestone in Svart Crown's history.

Wolves Among The Ashes will be available in the following formats, and can be pre-ordered here.

Upon release of the new album, Svart Crown will set off to a European tour with label mates GosT. They will also play a release show in Toulon (FR) and you can expect them to play a couple of festivals during next Summer.