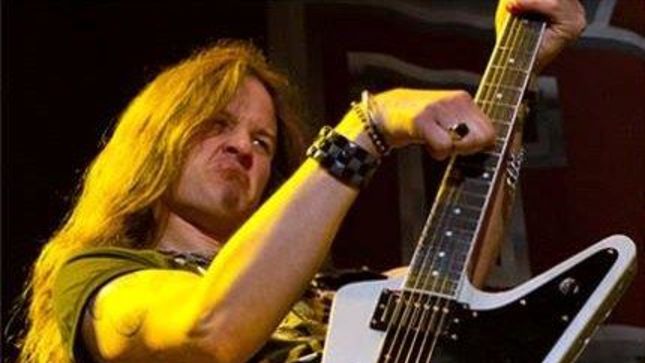 Guitarist Dave Rude (Tesla, Dave Rude Band) spoke to Brian Sword of The Double Stop Podcast recently. During their chat he revealed, "I think we're going to start work on a Tesla box set that we've been talking about for years; but now we've got a lot more stuff to add to it so it'll be a bigger one."

Other topics discussed include how Rude got started as a guitarist and singer, and how he got his big break with Tesla. He also talks about the making of Tesla's Real To Reel, Forever More, and Simplicity; as well as the Dave Rude Band's self-titled release. He also gives his thoughts on Spotify, discusses a possible guitar instrumental album, and his work as a writer for other artists, as well as TV and film. Listen to the interview in its entirety below:

Catch Tesla on tour; a complete list of upcoming shows is available at this location.