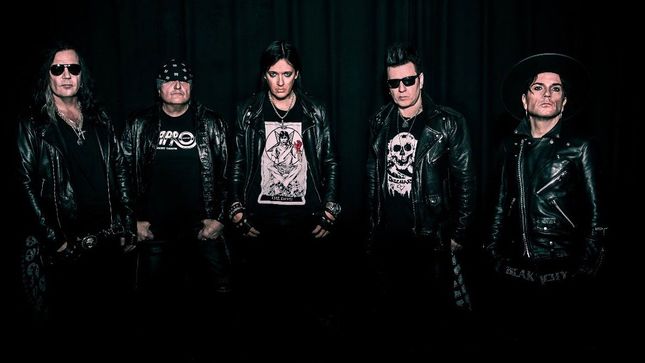 The 69 Eyes recently unleashed their 30-year anniversary album, West End. A lyric video for the album track, "Burn Witch Burn" can be found below.

Get your copy of the digipak (including the album + Blu-Ray with a special band documentary directed by Ville Lipiäinen) or digital download, here. Special bundles with vinyl / CD-digipack / t-shirt / hoodie, are available for Europe and North America.

In November, The 69 Eyes will hit the road to play a European tour and have announced the German gothic rock institution Lacrimas Profundere as support for their West End Tour 2019. You will find all tour dates here.

The 69 Eyes's Hell Has No Mercy 2020 US Tour kicks off on January 15 at the Knitting Factory in Brooklyn, the 24-date trek will make stops in Chicago, West Hollywood and Richmond before concluding at Reverb in Reading, PA on February 22. Direct support will be none other than label-mates The Duke of Spook and his devilish ghouls known collectively as Wednesday 13. Joining them on the tour are The Nocturnal Affair and The Crowned.