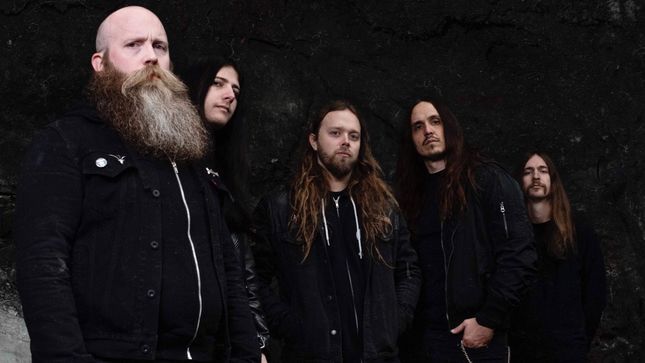 The Tampa, Florida-based melodic death metal group The Absence have unveiled a blistering cover of Bad Religion's “Do What You Want.” A video for the 69-second track – which can now be streamed on Spotify, Apple Music, Bandcamp and other digital platforms – can be streamed below.

Says vocalist Jamie Stewart, “'Do What You Want' is named appropriately. Fuck norms, fuck stigmas, fuck walls – do what you want. Makes sense to us. Bang your head! Special thanks to our friend Stanley Soares for mixing this bastard.”

“Do What You Want” is included on a limited-edition three-song cassette featuring cover art by Mark Riddick (Morbid Angel, Revocation, Dying Fetus) that the band is offering exclusively during their current North American tour with Deicide, Origin and Jungle Rot. The cassette also contains the previously unreleased original track “Walking Shadows” – which was recorded during the sessions for the group's acclaimed 2018 comeback album A Gift For The Obsessed – as well an exclusive live version of “Septic Testament.”

“We will see all of you maniacs out on the road in May and June. Bring an extra face – you’ll definitely need it once we’re done playing!”