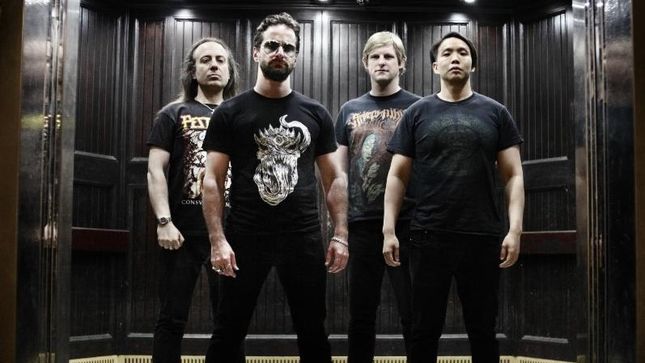 The band has unleashed the official lyric video for album track "Demonic Oath." Vocalist Germ says about the track:

"Demonic Oath is a pulling back of the curtain on society's unseen manipulators. Wherever power is wielded on such a scale, occult forces lurk. How far are you prepared to go to manifest your own sinister desires?"

Lead guitarist Tasos had this to say about the new album "Morbid Prophecy is an aural descent into hell that encapsulates the saga of the fall of man. The themes of desperation, destruction and death echo through the album in a cacophony of damnation. Man enters the abyss and surrenders to the scale of horror he witnesses. With a ravaged mind he returns to deliver pain and suffering to the unbelievers.

“Musically Morbid Prophecy has set new standards for us in speed, execution and brutality. The songwriting process has been long and relentless as we pushed ourselves to create a blistering album that builds on the ferocity of our previous release 'Rites of Absolution'. We feel that we have accomplished that as the recording has fully materialized our vision."