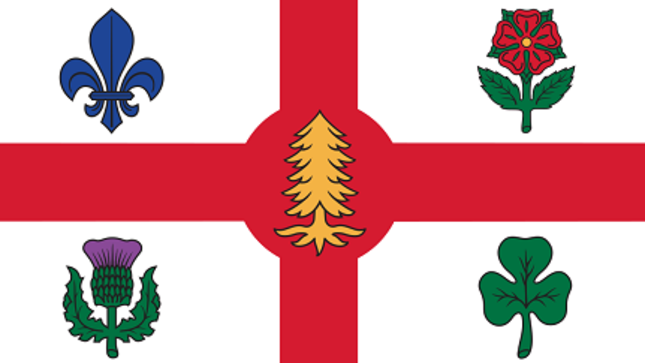 Jimmy Kay reporting live for The Metal Voice (and a guest ) at City Hall in Montreal, Quebec, Canada, witnessed the unanimous passing of a vote to declare Montreal a Heavy Metal City on April 15, 2019.

Jimmy Kay from The Metal Voice spoke to Montreal City Councillor Craig Sauve who was spearheading a motion to make Montreal, Quebec, Canada a Heavy Metal City on April 14, 2019 prior to the vote.

When asked why he has decided to bring forth this motion to be voted on:

"I have been a metalhead my whole life, I am still passionate about it. The scene in Montreal has been extremely strong, the quality of metal music that has been coming out of Montreal (and Quebec) it's world wide renowned. I wanted Montrealers to know and be proud of this amazing heritage we have. As a metalhead we sometimes don't get all the loving and respect, so I wanted to give the institution some respect."

When asked what are the cost / benefits to passing this resolution:

"There is no real cost to passing this declaration. I have spent a few hours working on this resolution, is that a cost? I work 70 hours a week for the city and I wanted to take a little time to do this. My first priority is to make sure the city runs and this is an added bonus (overtime work). Economically the benefits there are heavy metal tourism.This is giving us a big marketing boast nationally and internationally for heavy metal tourism. Metalheads across the world might want to come to Montreal and go see the Heavy Montreal festival or another festival or check out a band at one of the bars, of just be part of the vibe. Great marketing for Montreal, no cost."

Plus, during the interview, Jimmy Kay read quotes from the metal community supporting the Montreal resolution sent to The Metal Voice for Craig Sauvé and the passing of this motion.

David Ellefson (Megadeth): "Montreal has been a faithful tour stop for Megadeth since 1987’s Peace Sells...But Who’s Buying album, it very first major label release on Capitol Records. Ever since, the city and it’s heavy metal fan’s loyalty have helped us rise to headliner status at the largest arenas and festivals As well Heavy Montreal now being the premier festival recognized globally for its faithful representation to show what true metal looks like to the rest of the world. Montreal’s people, the culture and it’s rich history lend even more to what makes metal bands everywhere flock to the area to perform for some. Of the most die hard and faithful fans anywhere on the planet. As Megadeth, we can’t wait to get back there to perform for you all again!"

Jon Zazula (Megaforce Records / CraZed Management): "The great people of Montreal have a deep passion for music and they especially feel the drama and emotion that is found in Heavy Metal music. It is apparent for any musician that passes thru that city, that Montreal is very special for this genre of music."

Rick Hughes (Sword): "Montréal is to metal what Seattle was to grunge. artistic talents of many sorts emerging from Montréal, metal being one of them. Montréal is the new Seattle."

Lips (Anvil): "Quebec is the leading location for metal music in North America. If it hadn't been for the province of Quebec there would have been very few places for my band Anvil to develop and become world famous. We are eternally grateful!! Viva Quebec!"

- That the City of Montreal underlines the important contribution of metal music to the cultural life of Montreal.

- That the City of Montreal thanks all the individuals contributing to the local metal scene; be they creators, producers, broadcasters, promoters, journalists, radio hosts, web community managers or volunteers;

- That the City of Montreal officially recognize itself as a city of excellence in the world of metal music.