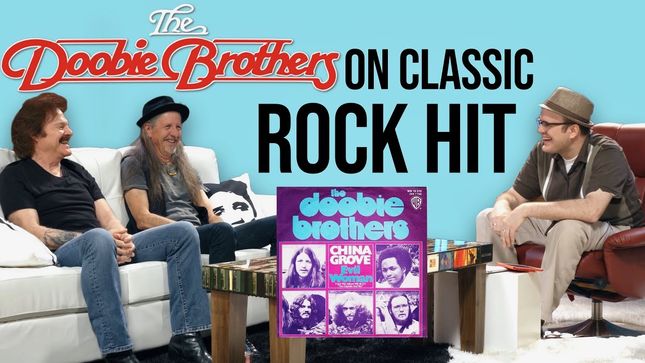 "Tom Johnston wrote 'China Grove' and The Doobie Brother released it in 1973. 'China Grove' is no doubt about it, a rock and roll classic that was sandwiched between two other classic rock standards - 'Long Train Running' and 'Black Water'. 'China Grove' went to #15 on the Hot 100 and #8 on the Cashbox chart here in the states. It also hit the top 10 in Canada. Known for it’s iconic guitar riff that has influenced so many who would come after. Here are the two principals of the early 70s Doobies, Tom Johnston and Pat Simmons, now Rock And Roll Hall Of Famers, who will give us the origin of this beloved tune."