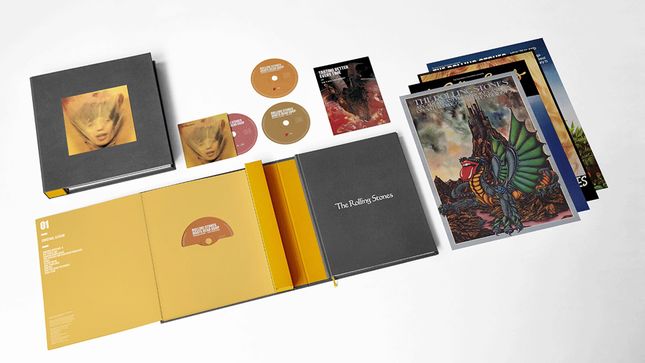 On September 4th, The Rolling Stones will have their 1973 classic, Goats Head Soup, restored to its full glory and more. The album will be available in multiple configurations, including four-disc CD and vinyl box set editions, with a treasure trove of unreleased studio and live material. Pre-order Goats Head Soup here.

USA Today: You've talked a lot about "Scarlet" and "Criss Cross" in the leadup to this release, but what's the story behind "All The Rage"?

Jagger: "I think we recorded that in Jamaica. It's lots of Mick Taylor playing some very nice guitar, Keith (Richards) does his intros, and there weren't really any finished vocals on it. It was just me trying to figure something out. We probably did it a couple times and then never finished, so it was never released. So when the record company said they wanted to release this album, they sent me these three tracks. Because the mixes sounded so horrible, I had to get the master tracks and see what was there really."

"When I did the vocals (for the reissue), I tried to get the feel of the period. I listened to some of the other tracks and tried to get a feel for what I was sounding like (back then) because otherwise it doesn't fit in right. But I like ('All The Rage'). The whole band plays really well on it, and Mick is pretty standout."

USA Today: In the process of putting together this reissue, did you discover more unfinished Stones material that you’d like to get out there at some point?

Jagger: "I only listened to stuff pertaining to this album. I didn't listen to any other stuff. Every Stones album has stuff that's not finished or was for some reason left by the wayside. In retrospect, some of them are great, some of them are medium, some of them should be left alone forever. (Laughs.) And there are some good things. I mean, 'Criss Cross' was a really good track that was finished. I don't know why it wasn't used on the (original) album. But there's lots of things that were in the vault that are still to come out."

Jagger: "I'm doing a lot of writing and I finished off a lot of tracks that we recorded. We'll see how it goes when we get together. The last (six) months, it's been quite hard to get together and studios aren't really open much. But we hope to get together soon and get on with it. I would really like if it was finished by the end of the year."