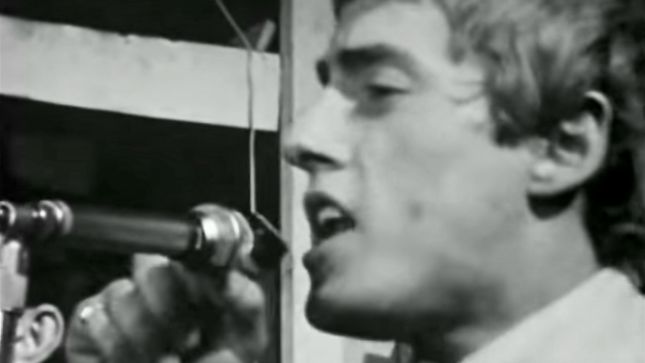 According to Antiques Trade Gazette, the Blue Moon, a club above Burton’s on Cheltenham High Street, existed for less than two years from July 1965 to May 1967, but in that time the compact 250-strong venue with a tiny stage hosted Elton John, David Bowie, Eric Clapton, Fleetwood Mac, The Yardbirds and (on February 11, 1967) Jimi Hendrix.

As suggested by the simple graphics to this very rare poster, one of the first performers at the venue on a Wednesday night in August 1965 was The Who. The band had only formed the previous year but was already enjoying the success of two hit singles ("I Can’t Explain" and "Anyway, Anyhow, Anywhere") ahead of the release of the classic debut album, My Generation. 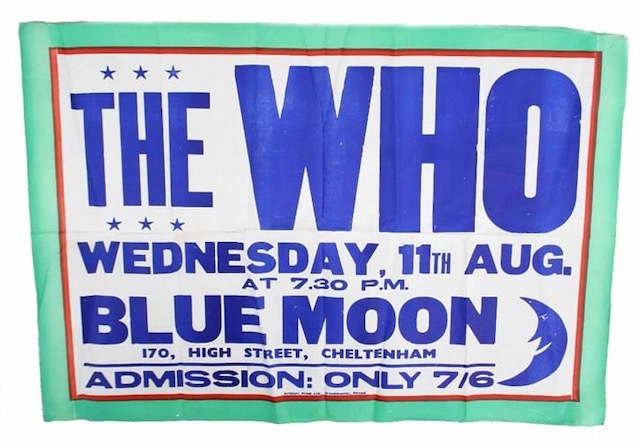