THE WHO Reveal More Details For Moving On! Fall Tour; Band Discuss Performing With 48-Piece Symphony Orchestra In New Video 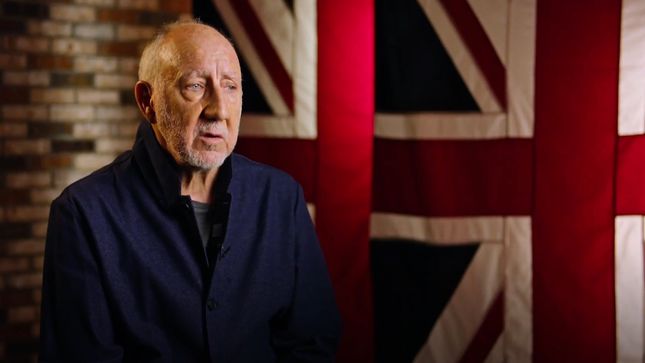 Legendary rock band, The Who, have announced they’ll be joined by very special guest Leslie Mendelson to kick off the fall leg of their much heralded 2019 North American Moving On! tour at Madison Square Garden on September 1. They recently wrapped up the first leg of the celebrated run with each performance supported by a 48-piece local symphony orchestra. Tickets for the Madison Square Garden show are on sale now at LiveNation.com.

Mendelson is an acclaimed Brooklyn-based singer/songwriter touring with Jackson Browne this year. She recently released a string of singles including "The Hardest Part," as well as a duet with Browne, “A Human Touch” for the documentary film 5B. Mendelson’s forthcoming full-length studio album ‘If You Can’t Say Anything Nice’ is expected this fall. She previously opened for The Who’s sold out Madison Square Garden date in May.

Produced by Live Nation, The Who’s fall North American trek of the Moving On! tour will deliver their indelible brand of powerhouse rock through 20 cities before an epic finale October 24th at the famous Hollywood Bowl in Los Angeles, CA.

The Who fans can also expect an exciting lineup of special guests opening up for the band on selected dates throughout the autumn leg of the trek, including Oasis front man Liam Gallagher, iconic Boston rocker Peter Wolf, and Canadian indie/blues band Reignwolf.

The Madison Square Garden return will mark the second time this year The Who will bring their acclaimed juggernaut with a full orchestra to New York City. Their first Garden appearance on May 13 drew raves and set the tone for a riveting and remarkable run, drawing high praise from critics and social media at every stop on the first half of the historic tour.

By once again raising the bar on their own live legacy, The Who have re-set the standard when it comes to classic rock bands reinvigorating their repertoire with an authenticity and integrity that few live bands from any era can match.

The Who will also be releasing their first album of new songs in thirteen years later this year.

Every pair of tickets purchased online includes a redeemable code for a CD copy of The Who’s forthcoming album upon its release. This offer is available to US and Canada customers only and not valid for tickets purchased via resale. In addition, $1 from each ticket sold for the Moving On! tour will benefit Teen Cancer America (www.teencanceramerica.org.)

Live Nation have released a special video from The Who ahead of their upcoming fall leg of the Moving On! Tour. The band provides an exclusive look into what fans can expect and how they have successfully reinvented some of their most beloved songs.