THE WHO: The Night That Changed Rock - Documentary Marking 40 Years Since Tragedy That Killed 11 Before Cincinnati Concert To Air In December; Video Trailer 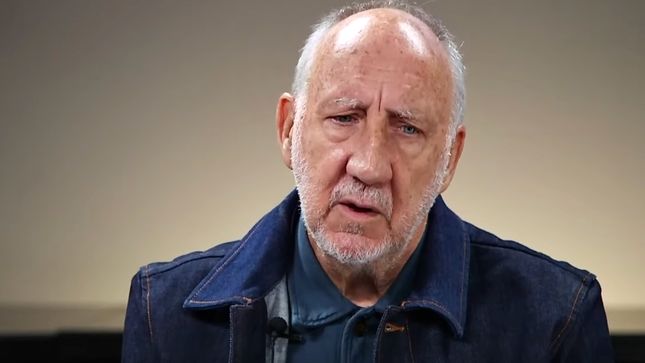 Pete Townshend and Roger Daltrey sit down for their very first long-form television interview about what happened 40 years ago when 11 people died outside Riverfront Coliseum in Cincinnati, Ohio.

The Who band members Pete Townshend and Roger Daltrey share their detailed personal accounts of what happened the night of December 3, 1979, when 11 young people were killed outside a coliseum before their concert started. In the WCPO documentary, The Who: The Night That Changed Rock, they talk about how this single event forever changed rock and the lives of so many people. While they didn’t know about the deaths until after the concert ended, they have lived with the pain of the losses for 40 years.

“You know, I’m still traumatized by it,” says Pete Townshend. “It’s a weird thing to have in your autobiography that, you know, 11 kids died at one of your concerts. It’s a strange, disturbing, heavy load to carry.”

“That dreadful night of the third of December became one of the worst dreams I’ve had in my life,” recounts Roger Daltrey.

The band’s long-time manager, Bill Curbishley, witnessed the deaths and made the call to let the band play. “Despite everything,” says Curbishley, “I still feel inadequate. I don’t know about the guys, but for me, I left a little bit of my soul in Cincinnati.”

Survivors of that night and family members of some of the victims also provide new and chilling accounts of the crowd crush responsible for the deaths. They share intimate details of their loved ones to mark 40 years since the event. The band members and Finneytown residents also reveal a special relationship between The Who and Finneytown High School, where three of the victims were students. The documentary shares how that relationship has turned a horrible night into something positive.

The documentary, created and hosted by Emmy award-winning anchor Tanya O’Rourke, tells the stories of those who died and those who survived and examines how it changed her small community. O’Rourke grew up in Finneytown, the small suburb of Cincinnati where three of the 11 who died also grew up. Along the way, she and the WCPO team discovered the long-term effect the tragedy had on concerts across the country as well as on the individuals who survived the incident and the family members of those who did not.

“December 3, 1979, didn’t just change some details at rock concerts. That night changed the lives of many in our region,” said Mike Canan, senior director of local content for WCPO. “This documentary is an unprecedented effort to tell the story of that one night and its impacts. I’m proud of our team’s work in commemorating those who were lost that night. I’m equally proud of Tanya and our team’s empathy for the victims and those who have dealt with loss and guilt from this incident for 40 years.”

This 60-minute documentary will air on December 3, the 40th anniversary of the tragedy, at 8 PM, Eastern Time on WCPO-TV and stream live on WCPO.com. The documentary and expanded interviews will also be available wherever you stream WCPO. A companion podcast will be available December 4.

Read WCPO’s digital preview of The Who: The Night That Changed Rock here. Watch a video trailer below: