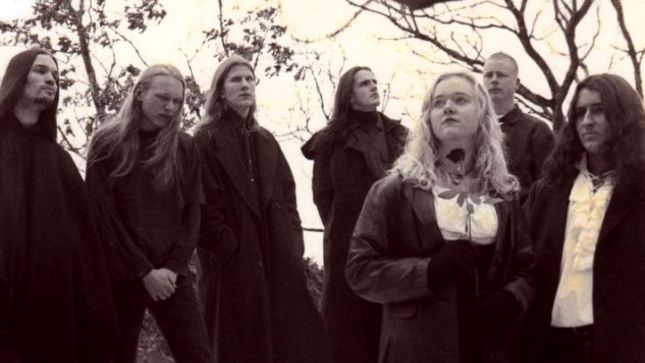 At the beginning of July, BraveWords confirmed that Norwegian doom / goth metal pioneers Theatre Of Tragedy, who called it quits in 2010 and played their final show on October 2nd of that year, are gearing up to release a special 25th anniversary vinyl edition of the band's self-titled debut. They have checked in with the following update:

"The pre-order for the 25th anniversary deluxe 2LP edition of the Theatre of Tragedy self-titled debut album will go live on Friday, October 16th at
CosmicKeyCreations."

"A Hamlet For A Slothful Vassal"
"Cheerful Dirge"
"To These Words I Beheld No Tongue"
"Hollow-Heartèd, Heart-Departèd"
"...A Distance There Is..."
"Sweet Art Thou"
"Mïre"
"Dying - I Only Feel Apathy"
"Monotonë"

The album was engineered  by Dan Swanö (Edge Of Sanity, Nightingale) at Unisound Studios.