THIN LIZZY – PHIL LYNOTT To Be Honored With Commemorative Coin 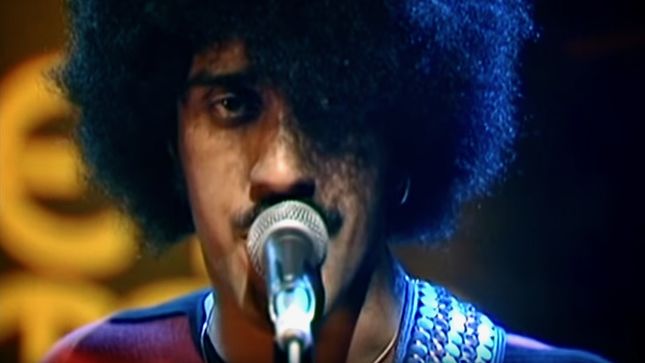 The coin will be unveiled on November 26 at St. Kevin’s College in Dublin, Lynott’s former school, by President Michael Higgins. Valued at €15, 3,000 coins will be made.

Three landmark Thin Lizzy albums from the early 1970s are set for vinyl reissue through UMC/ Decca Records on November 29. The legendary Dublin band’s first three studio albums, Thin Lizzy, Shades Of A Blue Orphanage, and Vagabonds Of The Western World, will all be pressed on 180g vinyl and housed in jackets with replica artwork.

Thin Lizzy, the bands debut album released in 1971, was produced by Nick Taber in Dublin - it was originally released on the Decca label.

Shades Of A Blue Orphanage, the bands second album for Decca, was released in 1972 and was once again produced by Nick Tauber, it featured a line up of Phil Lynott, Eric Bell and Brian Downey.

Released in 1973 Vagabonds was the bands final album for Decca, and the last to feature guitarist Eric Bell, the album was the first to feature a Jim Fitzpatrick cover (a staple for future albums).