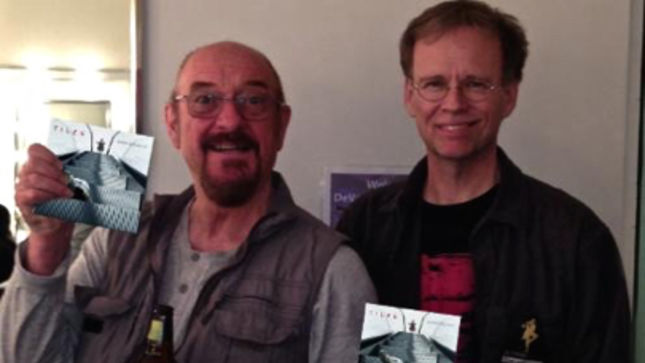 Last weekend, Tiles guitarist Chris Herin was able to meet up with Anderson in-person and supply him with some copies of the record.

Herin offers, "Ian has been a Tiles fan since we released our third album, Presents Of Mind. Over the years we floated the idea of him making a guest appearance and eventually the timing was right.  We sent Ian a moody atmospheric tune (Midwinter) and he wove some cool melodies in between vocal phrases; then cuts loose with his trademark flute improvising during the song's long ride out solo. I think I listened to it twenty times to make sure it really happened - what a thrill for us and what a generous gesture from an icon of progressive rock!"

Just a month following the release of Pretending 2 Run, Tiles will take to the road in support of the record, having booked a Northeastern US run of dates with labelmates District 97 in May, with additional shows currently being booked.