TO WHOM IT MAY Release “Calculate” Video

news hard rock heavy metal to whom it may 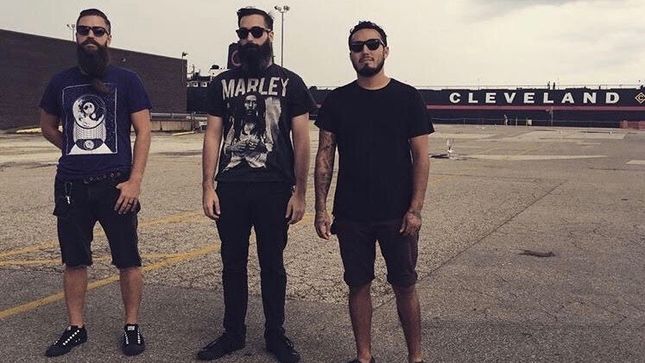 Hard rock/metal trio To Whom It May (TWIM) has released their new video for “Calculate”; the track comes from their new album The Great Filter, out Friday, July 20th, through Candlebox frontman's Kevin Martin's label G4L Records.

Jonathan Jourdan (Frontman/Guitarist): “We are very excited about releasing this video for “Calculate”. Thanks so much to Donald Kilgore, Jeremy Hawa, Robb Flurry and the whole crew.”

Dexas Villarreall (Drummer): “The whole experience of this video shoot was definitely top notch. I had fun and it was an honor to work with such a dedicated and productive team. It's nice to see the love that the crew had for not only their craft, but each other and what they were making for us. And I really couldn't have asked for more.”

Robb Mars (Bassist): “The ‘Calculate’ shoot was the best video shoot I’ve ever been a part of; very pro but fun as well. The crew was great, they’re the real deal!”

Jeremy Hawa & Donald Kilgore (videographers): “Working with TWIM on the music video for ʻCalculateʼ was an amazing experience for both myself and my cinematographer (DK) Donald Kilgore!

“With such an abbreviated production schedule (in this case less than a month) the process had to move quickly with clear vision and open communication between artists and filmmakers who had never had the opportunity to work together before. On top of being great performers, DK and I found John, Rob, and Dex to be true collaborators which made realizing their vision both efficient and extremely rewarding creatively.

“In the end, we wound up with a music video that stands as probably one of my favorite works. One that echoes the songs strong themes of how we can sometimes becoming lost in our own failures and regrets. And, how there are always those persistent voices calling thru the darkness, reaching to us gently at times and violently at others, as they attempt to beckon us back to the light.”

Featuring their hard-hitting single “Calculate”, which will be unveiled to radio and available digitally starting July 9th, TWIM’s latest effort is already being hailed as an impressive lesson in contrasts by many, including the group’s frontman Jonathan Jourdan. As the band’s main songwriter, he describes the record as “a blend of rhythmic and melodic ideas that depend on each other to sound complete.” He goes on to say that it also encompasses “chaotic and soothing moments that depend on each other for balance”.

"I knew the minute I heard To Whom It May that I wanted to work with them in any way possible”, said Martin. “There is something intangible about EVERYTHING TWIM does musically and that's what I love about them; they make me want to listen more and more to try and put my finger on it, challenging me, if you will, to understand why, who, or what has inspired these musicians to create such awe-inspiring music!”

The concept for The Great Filter, which was produced by Dean DiChosa (Candiria, Family Force 5), is based on the Great Filter Hypothesis, answers the question as to why we humans haven’t made contact with aliens yet. It suggests that at some point there is an evolutionary leap that no species can survive, leaving humans with two choices: we’ve passed “The Filter” and were the lucky species that survived or we haven’t met “The Great Filter” yet and inevitably will meet our extinction.

“This resonated with us as an album title because, in a lot of ways, this album was our personal Great Filter, said Jourdan. “A lot of people also have their own ‘Great Filter’ in their life. Something that makes them fear an inevitable defeat. In that moment you can chose to be paralyzed by it, or you can believe that you will survive.”

The album will be supported by a series of shows immediately following its release, including Warped Tour dates that start on Friday, July 6.