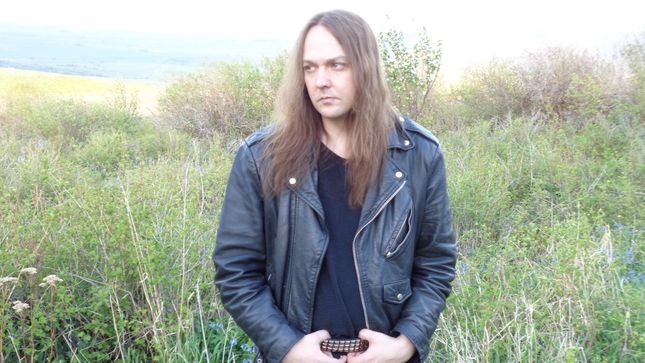 Guitarist Toby Knapp has finished his fifth album under the Waxen moniker and album number 22 overall.

On the new Waxen album to be titled Blasphemer In The Celestial Courts the guitarist states:

"I feel like this album finally sums up everything I'm about musically. Although rooted in traditional black metal, everything that influenced me shines through as I didn't try to remove natural influences for the sake of keeping the genre strictly ‘black’ like I have done in the past."

"There is Jimmy Page mixed with Abigor, Yngwie Malmsteen mixed with Dissection, King Crimson melded with early Slayer. It's pretty crazy music. At this point in my musical ‘career’ critical acclaim or popular reception really have nothing to do with it. It's pure expression with no agenda. I work a real job that I like and it is busy. If I want to do an album I have to sacrifice sleep. I still have more to say musically and there are people listening so I will continue. Touring is out of the question unless I find musicians in my area and Wyoming is pretty barren in that aspect."

The Waxen album along with a new Necrytis record are expected to be released by the end of 2019.