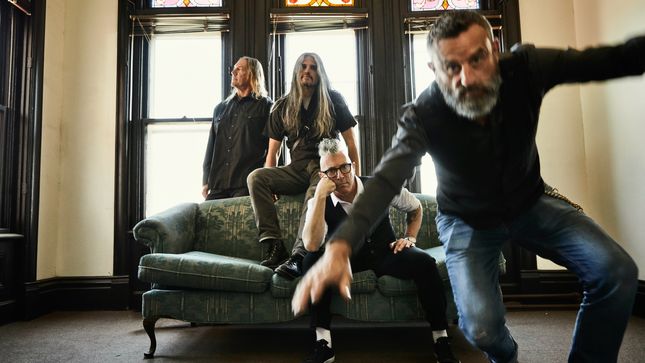 Frontier Touring has announced the return of Tool, performing in arenas across Australia and New Zealand in February 2020 - their first shows in both countries in nearly seven years.

Currently on a mammoth 26-date tour in the US, Danny Carey (drums), Justin Chancellor (bass), Adam Jones (guitar) and Maynard James Keenan’s (vocals) groundbreaking, epic live show sees a band at the top of their powers. Their immersive live visual experience is as brilliant as the band’s music itself, and not to be missed.

Adding to these special shows, fans will have the opportunity to purchase a limited edition VIP Package, details of which can be found here.

Tool's Fear Inoculum (RCA Records), the Los Angeles-based band’s chart-topping, record-breaking, critically-acclaimed and, until now, physically sold-out fifth album, is heading back to record stores, with an expanded book edition of the collection slated for a December 13 release.

Quite possibly the era’s most highly-anticipated album, Tool's fifth album, which arrived on August 30, was met by lengthy lines at retailers as music lovers clamoured to get a copy of the groundbreaking, limited edition physical release. The now sold-out version features a 4” HD rechargeable screen with exclusive video footage (“Recusant Ad Infinitum”), charging cable, 2 watt speaker, a 36-page booklet and a digital download card. The album debuted at #1 on Billboard’s Top 200 and earned heaps of critical praise.

Tool have announced an additional round of tour dates, kicking off on January 10 in San Diego.