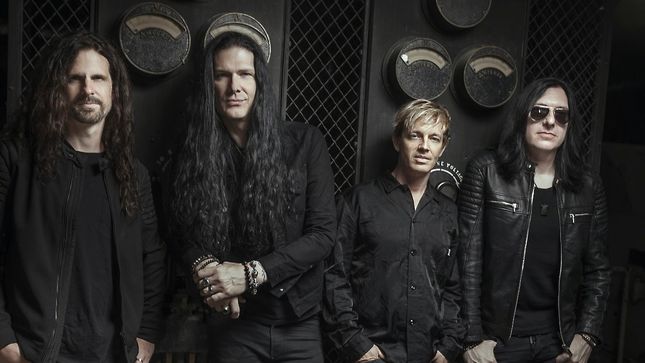 The NHL has confirmed their musical acts for the NHL Heritage Classic, taking place October 26. The spectacle is headlined by Canadian Hockey teams the Winnipeg Jets, and the Calgary Flames as they face off outdoors for a regular season match-up in Mosaic Stadium.

Toque, featuring Todd Kerns and Brent Fitz - both of whom play in Slash Featuring Myles Kennedy And The Conspirators - along with Cory Churko (Shania Twain) and Shane Gaalaas, will be the official game day “House Band” as part of the many great acts performing for NHL event.

Fans in attendance will be delivered a variety of Canadian classic rock, played pre-game and throughout the night. The energy will be high, as the band keeps the hockey fans pumped up for the incredible once in a lifetime hockey experience.

Toque is four Canadian musicians who all grew up on Canada’s prairies. They play Canadian classic rock, and write music in the style of it too. The have grown their musicianship and skills into becoming world class players in the international music scene.

In August of 2019 Toque released the new single and video, “Never Enough For You”. This is their first original song and it has become their fastest growing song at digital outlets around the world. Watch the video below, and listen to the song on Spotify.