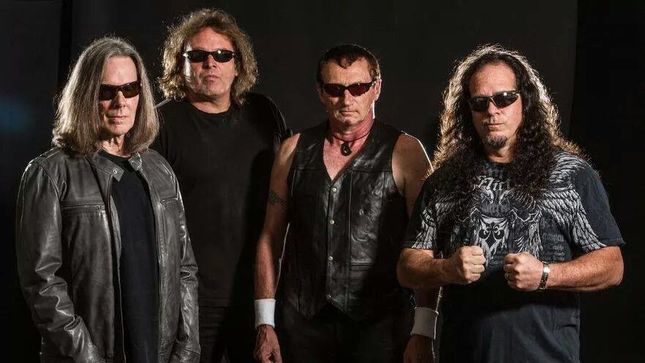 The release date of the Trauma album Rapture And Wrath on vinyl is April 24th on Pure Steel Records. The limited vinyl edition consists 200 pieces (black) and printed insert. The preorder phase will start on April 10th in the Pure Steel webshop.

Trauma should be known to quite a few heavy metal-enthusiasts out there through their contribution to the Metal Massacre sampler and the release of their 1984 debut album, Scratch And Scream. The late, great Cliff Burton (Metallica) played bass on their first demo recording.

After the CD release in February follows the album Rapture And Wrath in a limited edition of 200 black copies with printed insert on vinyl.

A press release states: “It’s all there: The powerful and charismatic high-pitched vocals of Donny Hillier, which can be described as a cross between Geoff Tate and Bruce Dickinson, the hard rockin’ guitars and many exciting melodic passages. This album has everything you need, satisfaction guaranteed! On Rapture And Wrath, groove, anthemic melodies and catchy hook-lines go hand in hand.”