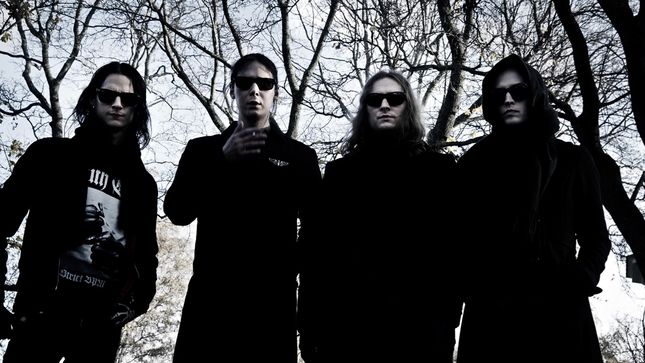 Tribulation in the flesh. Live on stage. In front of a seated audience. At one of Stockholm’s oldest and most storied venues. Normally, this would be unceremonious, but for Alive & Dead At Södra Teatern, Tribulation’s first live album, it was an event to behold, for the monsters were let out of their cages to run wild as the Swedes imparted death metal of distinction across two fearsome sets. Invited by ex-Nirvana 2002 vocalist and curator Orvar Säfström, who also bedevilled the audience as master of ceremonies, Tribulation treated their besuited Swedish legions to unrivalled dark magic at their first-ever Södra Teatern (Southern Theatre) main hall gig.

The band comments, "Playing Stockholm is always a special occasion for us, and since we've been living here for so long it in a way feels like playing at home. Since it's a special thing for us, we always try to make it special for everyone else as well. Having the show at Södra Teatern made finding these special things easier than if we had been at a different location since just being there provided us with a beautifully haunting backdrop and gave us half of the ideas. Having the show in two acts is something that we've had in mind for quite some time and being at an old theatre obviously made this the perfect opportunity. Along with the two acts we also had Orvar Säfström as a compere or as a, more dramatic sounding, master of ceremonies framing the evening with two short speeches at the beginning of each act. We played “Down Below“ from start til finish in the first act with a stage set up we've never used before, something that could hint at a future development. Time will tell. The second act was the more traditional act with the old stage design and an array of old songs. The best thing about it might be that this event might be the first of similar events in the future, but those would, if they happen, obviously be even more grandiose! Again, time will tell."

Alive & Dead At Södra Teatern will be released on November 15. The pre-order will start on Friday, September 27 and more details about the release formats will be unveiled soon.

Akt I:
"The Lament"
"Nightbound"
"Lady Death"
"Subterranea"
"Purgatorio"
"Cries From The Underworld"
"Lacrimosa"
"The World"
"Here Be Dragons"