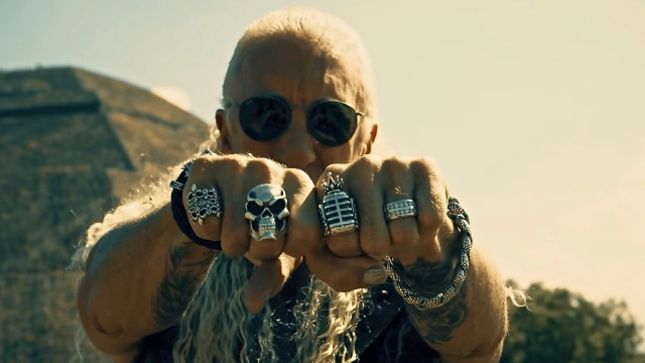 Twisted Sister frontman Dee Snider has checked in via Twitter with the following update:

Thanks. I am finishing the final draft of my first fiction novel. It' a period piece/coming of age story set on Long Island, NY in 1972/73 inspired by true event. No it's not my story. Next stop: book publishers https://t.co/gwhS9yBRBP

Back in January 2019, Snider guested on The Jasta Show, and one topic of conversation was Dee Snider's Teenage Survival Guide, originally released in 1987, and his plans to release an updated version of the book as he owns the rights to his work.

Officially titled Dee Snider's Teenage Survival Guide: Or How To Be A Legend In Your Own Lunch Time, he revealed that he was unhappy with the way the original book was handled by publishing company Doubleday, who ignored his requests to rewrite sections that he was unhappy with before it went to print. Snider refused to back the book even though reviews from the media, including Rolling Stone and Psychology Today were supportive.

Snider: "Cut to years later, I hear reports that in the Soviet Union, they're releasing my book in installments. They translated it into the only Soviet-run teen magazine as installments in the '90s now, and kids in Russia are reading the Teenage Survival Guide. I thought it was bullshit, but I had people who went over to the Soviet Union and said, 'Dee, they're using your book in classrooms.' So, after the walls comes down, I get contacted to publish a Russian version, which they did. Then one day I get a call from the Moscow Times asking me how it feels to know that every Russian child grows up reading Dee Snider's Teenage Survival Guide. It's insane. So, if you go online and look for the Teenage Survival Guide, copies are going for hundreds and hundreds of dollars. You can't get them. And there are comments from people who have emigrated here, saying, 'I read this book when I was in the Ukraine', 'I read this book when I was in Czechoslovakia, and it helped me, and I'm trying to find a copy for my child.' And people in America who did read the book,  because it was in libraries and stuff, I've had people walk up to me on the street every now and then and just go 'Your book saved me....' because I talked about depression, I talked about suicide, I talked about death, I talked about divorce, I talked about masturbation, I talked about sex, I talked about not having sex, I talked about STDs. I talked about everything, just like straight talk."