TWISTED SISTER Guitarist JAY JAY FRENCH Explains What Went Wrong With Come Out And Play Album - "It Was A Mistake We Didn't Recover From"; Audio 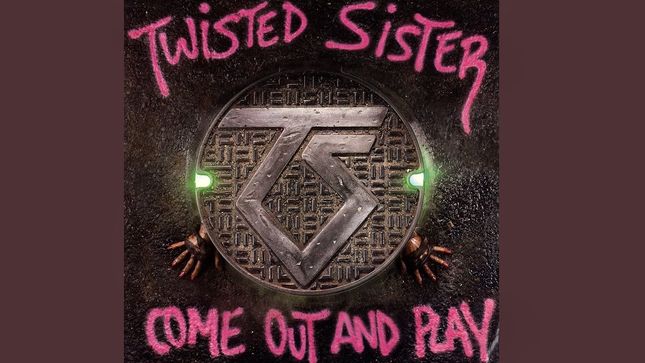 80’s Glam Metalcast has released the new clip below, in which we hear Jay Jay French’s opinion on what went wrong with Twisted Sister’s Come Out And Play, the follow up to their multi-platinum success Stay Hungry.

To celebrate the anniversary of Twisted Sister's 1985 album, Come Out And Play, Metal Reels is offering up a strictly limited Come Out And Play 35 year anniversary Jubilee coin to players. The coin made of metal measures 1.75 inch, comes with a backing card and is neatly packed in a cloth bag.

Where online gambling is permitted, anybody can obtain it for free by playing the new online slot by depositing 35 Euro or the equivalence in other currency. Complete details can be found here.

The online game, which was released in June, has become a major success and is described as follows:

“Twisted Sister is a cascading grid slot 6 reels with 6 rows. With at least 5 symbols connecting into a pay line you score a win and trigger more symbols to cascade down and help you score further winnings. This is a game with high focus on entertainment where you can expect to hit features every 10th spin! The goal of the game is to reach the bonus round and kick out the iconic Dad figure (Douglas C. played by Mark Metcalf mimicking his character Douglas C. Niedermeyer from the 1978 film Animal House) we recognize from the “We're Not Gonna Take It” music video."