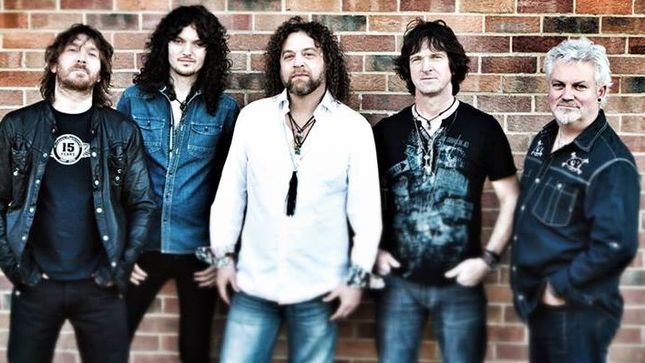 Metal Rules recently spoke with Tygers Of Pan Tang guitarist Rob Weir. He discussed the importance in staying true to Tygers sound since the '80, why it's so difficult to tour America and why the band never had a foothold in the US, riding the crest of the NWOBHM, and more. Following is an excerpt from the interview.

Robert Cavuoto: Tygers were one of the bands riding the crest of New Wave of British Heavy Metal. What was that like?

Robb Weir: "I was there from day one as I started the Tygers. I wrote the music for the Wild Cat CD but not the lyrics. Back in the '80s, there was an article in Sounds newspaper about the New Wave of British Heavy Metal, not just about the Tygers but all the bands that were around at the time. When people get attached to a movement, it makes them feel more comfortable because they can refer to it rather than an unnamed type of music. When John Sykes and John Deverill joined the band, they brought a new musical element to the Tygers, which has stayed with us ever since. It was slightly more melodic hard rock, which was different from the hard rock punk thing on Wild Cat. It was the first album I wrote, and I was finding my groove."

Robert Cavuoto: You were every bit as good as all the bands that came out during the New Wave of British Heavy Metal, but I don’t think the Tygers ever got a foothold in America. What do you think happened?

Robb Weir: "You're right, we didn’t. Back in the heyday, we never went to America; we went the other way to Japan as we were huge there. At the crux of our career, we parted company with our management. The record company wanted us to use unknown writer’s songs for the next album. That is not to be confused with cover songs from established acts. I objected and told them it’s not what I signed up for. I wanted to continue writing our own material as Wild Cat went into the British charts at #13 and Spellbound charted at #18. We have a proven track record. Why would we want to play someone else’s song? The record companies’ excuse was they wanted us to break in America, and we would have to go a little softer. Those words didn’t sit well with me. I would rather not to have a record company as grand as MCA. They told me that we were at risk of losing our record deal. I stood up in the board room and said, “I was kidding” (laughing), and the rest of the band followed. I only wanted to play songs where I wrote or was involved in the writing process. So that is probably why we never came to the States, as it fell to bits by 1983."

Tygers Of Pan Tang will release their new album, Ritual, on November 22 via Mighty Music. BraveWords is premiering the new video from the legendary NWOBHM metallers. Check out "White Lines":

The album was engineed & recorded by Fred Purser, mixed by Soren Andersen, and mastered by Harry Hess. Artwork by Roberto Toderico.