UFO Bassist ROB DE LUCA On Making The Salentino Cuts Covers Album - “It’s A Different Mindset Than Writing A Record… It Was A Blast”; Video 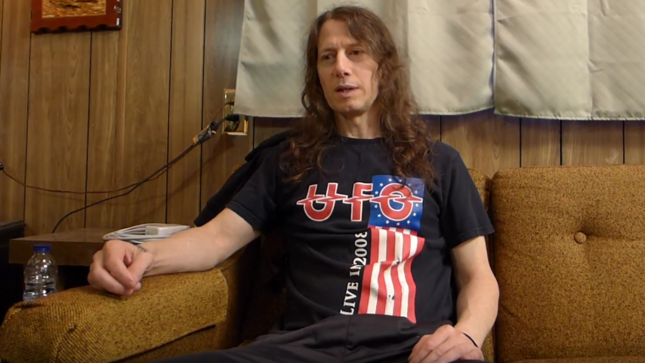 Last month, British rock legends UFO released their first ever covers album paying homage to a dozen of their personal favorites. The Salentino Cuts includes several unexpected choices such as Mad Seasons's “River Of Deceit”, John Mellencamp's “Paper In Fire”, and Bill Withers' “Ain't No Sunshine” alongside more traditional but nonetheless thrilling versions such as The Yardbirds' “Heartful Of Soul”, ZZ Top's “Just Got Paid” and lots more.

Metal Wani's Chuck Marshall had a chat with bassist Rob De Luca at The Machine Shop, Flint, MI, where the band performed on October 6th. In the video below, Rob explains what led to UFO recording an album of covers, and discusses what the selection process was like and what were some of his favourite cuts from the album.

He also discusses the band’s ongoing tour with Saxon, mentioning that there are no egos with this tour and that everyone is very supportive and having a great time bringing the music to the fans.

Coming up on his ten year anniversary with UFO, Rob talks about if the spark he felt when he joined was the same today. He elaborates that, if anything, things are easier for him since he started, and he feels fortunate to be making music for a living.

He also talks a bit about his first band, the highly underrated Spread Eagle. He shares his thoughts on the band’s recent shows in Europe including a stop at the Hair Metal Heaven festival in Hull, UK. There are plans to release new music from Spread Eagle in 2018.

UFO's The Salentino Cuts is available on both CD and two limited vinyl pressings, one splatter vinyl and one white vinyl. 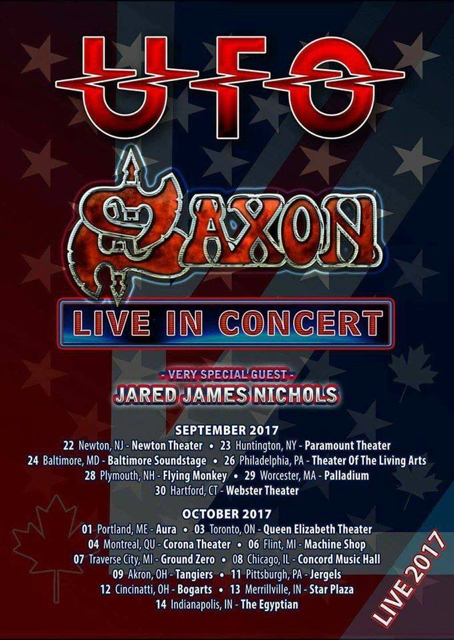