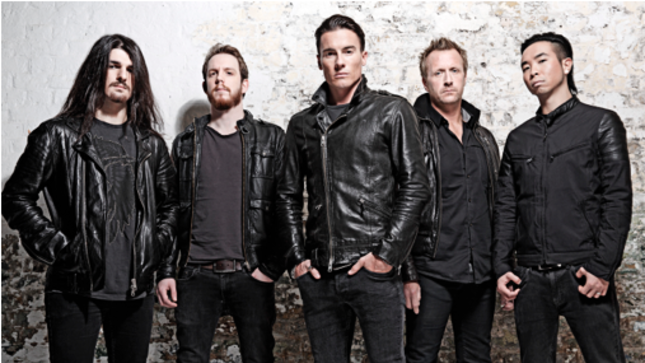 Fresh off the heels of their first main stage festival performance at the UK’s annual Ramblin’ Man Fair and sharing stage with stalwart acts such as Scorpions and Dream Theater, the members of hard rock act Toseland - featuring James Toseland (vocals), Zurab Melua (guitar), Ed Bramford (guitar), Roger Davis (bass) and Joe Yoshida (drums) - are elated for the release of their debut album, Renegade, set to hit shelves in North America this fall.

Scheduled for release on September 18th via Metalville Records, Toseland’s first full-length effort titled Renegade, which has sold over 10,000 copies in the UK alone, is an album packed with powerful rock songs – from the balls out album opener “Life Is Beautiful” to “Crash Landing” and title track “Renegade”, showing this is a band who know how to rock a melody.

If the name seems familiar, it is because Toseland are a band fronted by two-time World Superbike Champion James Toseland. Throughout his career as a motorbike racer, music has been central to James’ life – so much so that he performed live at BBC’s Sports Personality Of the Year. When James was forced to retire through injury a journey into music started…

After a friend had recommended they might work well together, James met up with Toby Jepson (Little Angels) in March 2012. Jepson had no idea of Toseland’s past but they clicked - personally and musically.

Having an idea of the sound they wanted along with the foundation of several songs, the writing process was quick and the pair soon laid down instrumentation at Vale Studios with Jepson producing (credits include The Answer, Saxon and The Virginmarys) and Steve Harris (Foo Fighters, U2) as engineer. James plays all piano on the album and vocals were recorded in five days at Jepson’s studio in Scarborough.

“I'm so excited that my debut album, Renegade, is going to be released through Metalville Records in America!,” says James. “We are hopeful that America will connect with our music as the band and myself would love to perform there. We can't wait to hear their feedback on the album.”

Having already forged themselves a name as a powerful live act; 2013 -2014 saw the group cross the UK with a series of headline shows and supports (to Reef, The Darkness, and Little Angels) and festival dates (Download, Planet Rockstock and the Moto GP at Silverstone).

* Bonus tracks from the Hearts And Bones EP