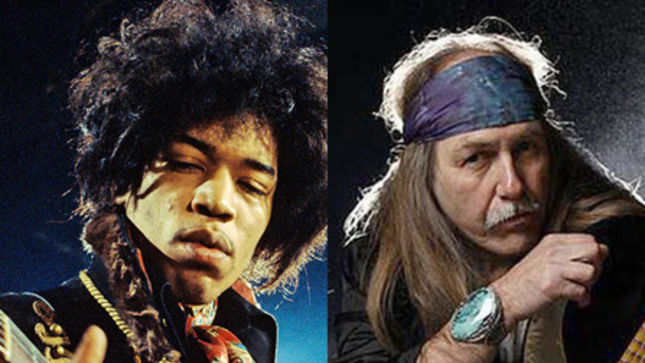 For The Metal Voice, former Anthrax singer Neil Turbin spoke with Uli Jon Roth in Los Angeles during opening night of his North American tour. Uli spoke about the different types of guitars that he uses during his 3-hour show, talks about working on his new  studio album, how he was offered 7-9 million dollars for a Jimi Hendrix guitar, and how he finds today's music uninspiring. Watch below.

"A lot of people were after that guitar. Paul Allen, the number two guy in Microsoft, called Monica up once and offered a million dollars for it but she turned him down.

"Another guy called me up, some kind of Arab arts dealer, offered like seven-eight-nine million dollars for that guitar, I then asked him tell me good reason why we should sell this guitar? And he said, 'well for the money'. I said that's not a good reason. I said the guitar should stay with Monica's paintings and it's not my guitar.

"It now belongs to the Dannemann's estate. It's in a vault as there were too many people after it but one day I think it's going to be exhibited as it should be. Of course, exhibited with Monica's paintings because Monica's paintings are extra special and they tell the story by themselves unlike any other thing that is out there connected to Jimi Hendrix. Monica understood Jimi's lyrics. I think one day Monica's paintings will be seen for what they are they're gonna live on and of course Jimi's music will live on.

"I also played that guitar a couple of times when I was in the Scorpions but I was afraid of breaking a string but it was just for a few minutes and then I never played it again as they were the original Jimi strings." 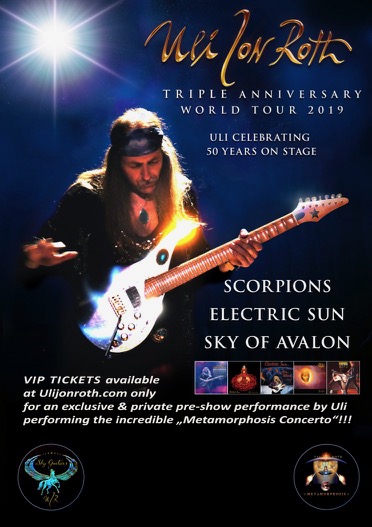