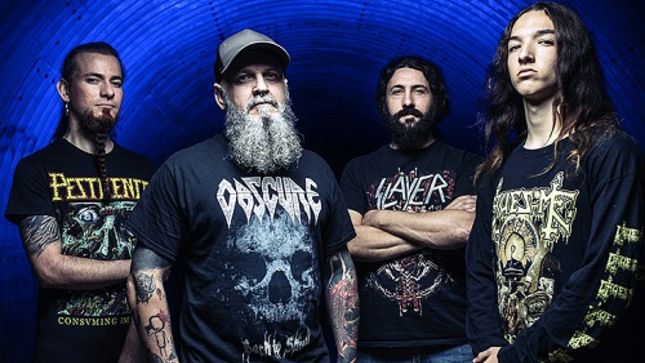 Spanish death metal band Unbounded Terror has finished the recording of their second album, which will be released 28 years after their debut. The band has just revealed details of their new album that will be entitled Faith In Chaos, and will be released on January 2nd, 2020 through Xtreem Music on CD and 12" LP formats.

The first single from Faith In Chaos, a song called "Hiding From The Light", can be enjoyed now:

The recording of Faith In Chaos was done by Nico Beninato at Kimera Recordings in Palma de Mallorca, and then mastered in Germany by Dan Swanö at Unisound Studios, resulting in an absolutely overwhelming sounding album. The cover of this new work has been in charge of the always great Juanjo Castellano.