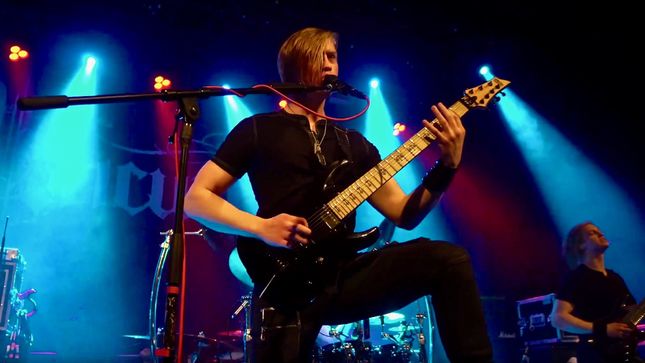 Progressive death metal band, Uncured, have released a live video for their track "Myopic", recorded over five nights in Canada in 2017. Watch below:

Uncured kicks off 2018 with a bang joining the Point Blank With Soulfly (Nailbomb Set) Tour, alongside Today Is The Day and Lodi Kong. The band will follow that up with a tour supporting Cradle Of Filth and Jinger across North America, which kicks off in Dallas on March 29th.

Says the band: "We released our first album, Medusa, in March of 2016 and within just a week of the release we went out on our first tour with Katatonia. Uncured's first stage performance ever was opening for Katatonia in front of a sold-out crowd in Washington DC. Since that debut we have played another 74 shows across North America, touring with bands such as DevilDriver and Children Of Bodom. We have all been blown away by the positive fan response to us in our first 6 months of touring and we have made tons of new friends on the road.

"We are very excited to get back on the road in 2018 and already have two North American tours announced. The first is 29 dates with Soulfly, which includes 19 shows in Canada. Immediately after this Uncured will play 24 dates with Cradle Of Filth as part of their Cryptoriana World Tour. Uncured is excited and honoured to be playing with these two iconic metal bands. We hope to add one more major tour in the summer before returning to  the studio to record our second album.

"Medusa was named as one of the "10 Best Metal Albums" of 2017 by AXS.com, and the record has set a high bar for us in writing our second album. Uncured is constantly working on new music, and we have already recorded a few pre-production tracks. Our second album will be heavier and darker than Medusa, but will also retain many of Medusa's groovier elements. We expect to release the new record in early 2019, hopefully followed by several tours around the globe." 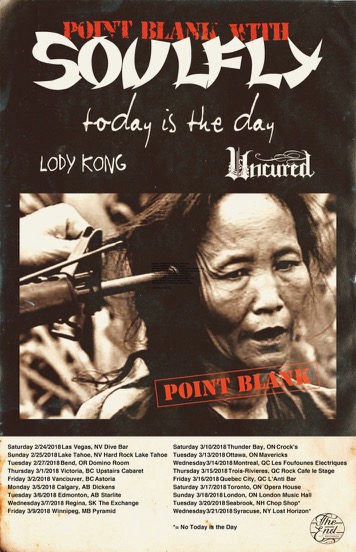 * no Today Is The Day

* Cradle Of Filth only