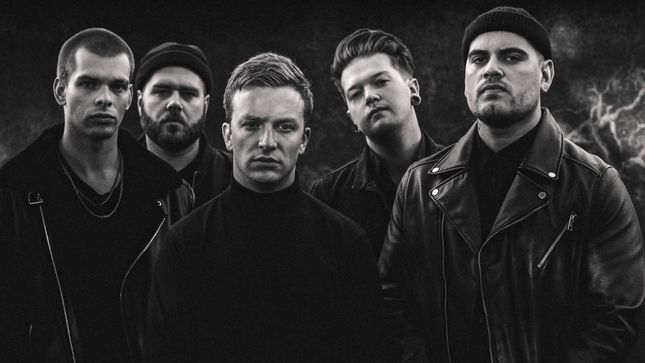 Icelandic wrecking crew, Une Misère, will be unleashing their full length debut, Sermon, unto the world on November 1 via Nuclear Blast Records.

The band recently released the music video for their second single, "Failures", and have now released "making of" footage. Watch both below.

Sermon was produced and mixed  by Sky van Hoff with mastering completed by Svante Forsbäck. The album was engineered by Marco Bayatl, Sky Van Hoff and Marco Kollenz. The album artwork was created by Niklas Sundin.

The product of a modern age; the sonic nature of Une Misère cannot be easily defined. With an inherently heavy nature, the band sits somewhere on a vast spectrum of blackened hardcore and aggressive metal.

Sermon will be available in the following formats:

Pre-order your copy of Sermon in the format of your choice here. Pre-save the album on Spotify, Apple Music and Deezer, here.