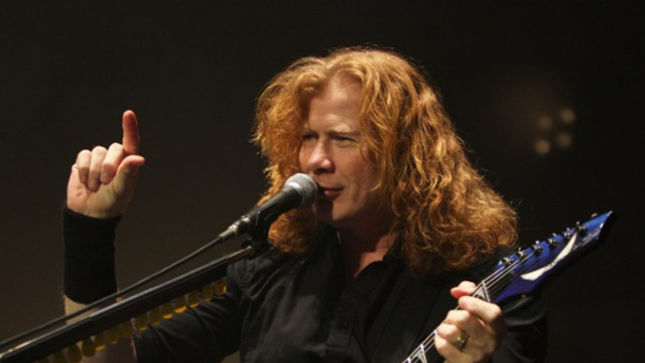 According to CBS8.com, authorities may have finally found the body of a missing woman in Julian suffering from Alzheimer's, who was also the mother-in-law of Mustaine

Sheriff's deputies say someone called 911 after they discovered a female body in some heavy brush in Julian around 3:20 PM Wednesday (November 26th). Authorities say the clothing resembles what 76-year-old Sally Estabrook was wearing when she went missing last month.

The remains were found at 200 block of Coulter Ridge Road, which is a half a mile from the Pinezanita Campground where she was last seen. Crews searched for days, covering dozens of acres.

Dave Mustaine never gave up hope trying to find his mother-in-law. "We're just asking everybody right now because of the search and how extensive it is we're looking outside of the camp area,” said Mustaine.

"She wasn't in bad health so it's conceivable she could've gotten out of outside of our initial little perimeter,” explained San Diego County Sheriff's Deputies.

Sheriff's deputies say it doesn't appear there was any foul play. They haven't made a positive ID on the body yet and that will be confirmed by the medical examiner.