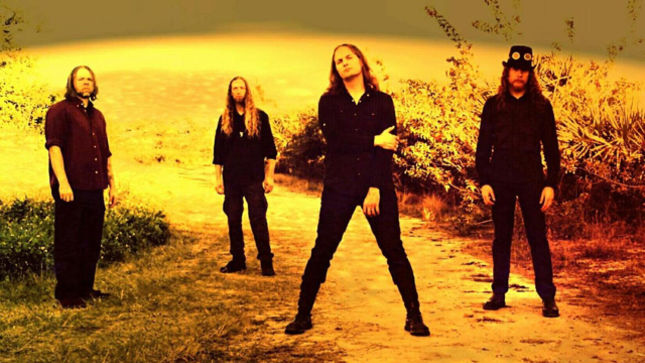 US-based dark metal band Urn has inked a deal with Dark Moon Records, a subsidiary of Dark Moon Productions for their new upcoming album, Epiphany, to be released worldwide on August 25th. Watch Urn's "Cast In Amber" music video below.

Since 2000, Urn has been on a musical joUrney exploring the darker aspects of both the conscious mind and the unconscious soul. The band has been captivating audiences across multiple genres and have been establishing themselves as one the more energetic live acts to see. The lineup consists of seasoned veterans formerly of national acts such as The Electric Hellfire Club and Diabolic Intent.

Urn has drawn comparisons from national trade media to artists such as Type O Negative, Lacuna Coil, Amorphis, Nightwish, My Dying Bride and many similar acts of whom they have shared the stage with over the years and find a certain beauty in darkness. In addition, the band over the years has collaborated with artists of other mediums such as Michelle Belanger, noted author of the Psychic Vampire Codex and former cast member of A&E’s Paranormal State.

Scott Clendenin, formerly of the pioneering death metal band Death, had been performing with Urn the past two years until his untimely passing this past March due to health complications. The band has dedicated this new album to his memory.

The band has filmed and released a promotional music video for the title track and is currently in talks with a new booking agency for touring plans to support the new release for the fall of 2015 and the majority of 2016.