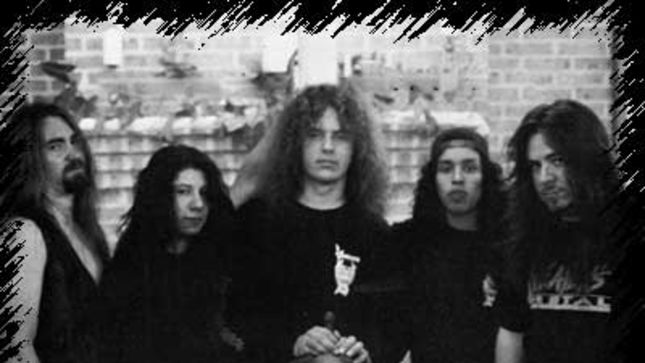 Roxx Records will reissue the fourth and final album from Christian thrash legends Vengeance Rising. The band’s first three titles (Human Sacrifice, Once Dead, Destruction Comes) have already been given that special remaster and reissue treatment back in 2010, but this one has yet to see the light of day with a proper remaster and reissue. Roxx Records has procured the licensing from Intense Records and will finish the series off with this very special pressing.

Released Upon The Earth was the bands fourth and final release before they would call it a day. This remaster is being completely remastered by Sid Garcia (Deliverance, Ultimatum). In addition to all of the original tracks they have included some rare long lost radio interviews featuring George Ochoa, Johnny Vasquez and Daniel Cordova that were recorded in Jacksonville Florida during the Released Upon The Earth tour.

This CD pressing is limited to 300 copies and will be released on November 11th. Preorders are up now and the first 100 will come with a very special limited edition promotional photo taken from the specific era of the release. The special print is signed by Cordova, Vasquez, and Mike Wagel of the touring lineup.

Released Upon The Earth tracklisting: