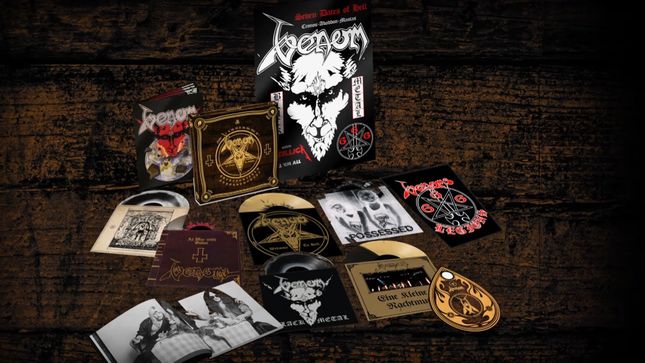 Venom formed in 1979 in Newcastle upon Tyne. Coming to prominence towards the end of the new wave of British heavy metal, Venom's first two albums - Welcome To Hell (1981) and Black Metal (1982) - are considered a major influence on thrash metal and extreme metal in general. Venom's second album proved influential enough that its title was used as the name of the extreme metal subgenre of black metal. The band classic line-up trio of Cronos, Mantas and Abaddon recorded two further studio albums - At War With Satan (1984) and Possessed (1985) - and live album Eine Kleine Nachtmusik (1986). Often cited by bands such as Metallica, Behemoth, Celtic Frost and Mayhem as major influences, they are one of the most revered bands of their generation. Venom are still fronted by original singer/bassist Cronos and headline festivals all over the globe and continue to release new music.

This coming May 31st sees the release of In Nomine Satanas via BMG – a deluxe vinyl box set that celebrates Venom’s 40th anniversary and features the original Neat Records recordings from their 1981 debut Welcome To Hell to Eine Kleine Nachtmusik, the live recording of their mythical appearance at the Hammersmith Odeon in 1985. All of the albums are remastered from the original tapes with embossed covers, posters and inserts like their original first editions. They’re all now on colour configured vinyl too. The set also includes a 12“ book detailing the history of the band featuring new interviews with all three members, written by respected journalist Dom Lawson.

Of particular interest to hardcore Venom fans will be the Sons Of Satan double-album included within the set that features a treasure trove of unreleased demos from the bands vaults, some of which are mythical among fans who have known about their existence, but have never heard them as the tracks alluded bootleggers. Among the tracks are the earliest known Venom performances, captured where the band rehearsed in 1979 at Westgate Road Church Hall in Newcastle’s West End and featuring original singer Clive ‘Jesus Christ’ Archer on vocals. Also included are the £50 demos from 1980, captured at Impulse Studios, alongside further demos from 1980 and the ‘At War With Satan’ 1983 Impulse Studio demos. 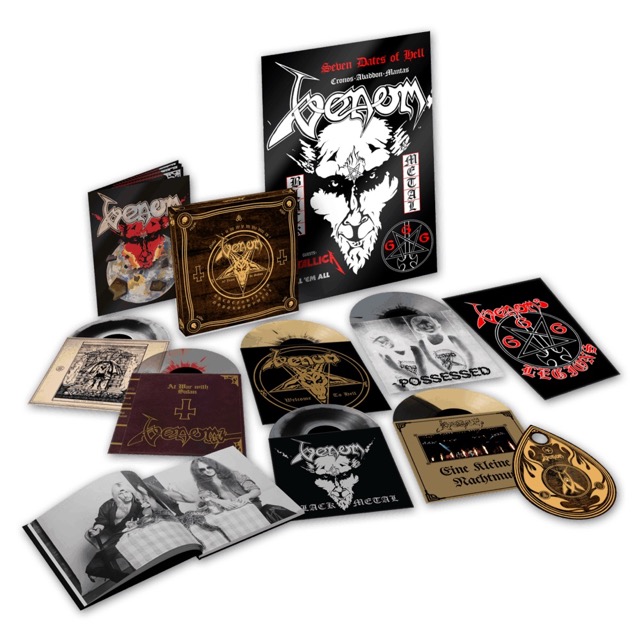 In Nomine Satanas features in full:

The first 300 orders from the official store will also receive a signed art card by Cronos.

Also available as an introduction piece is the In Nomine Satanas - The Neat Anthology - a 22-track double-vinyl collection of Venom’s most evil songs, remastered and pressed on splatter vinyl, including rare photos and memorabilia from the band’s personal collection, plus interviews with the band. 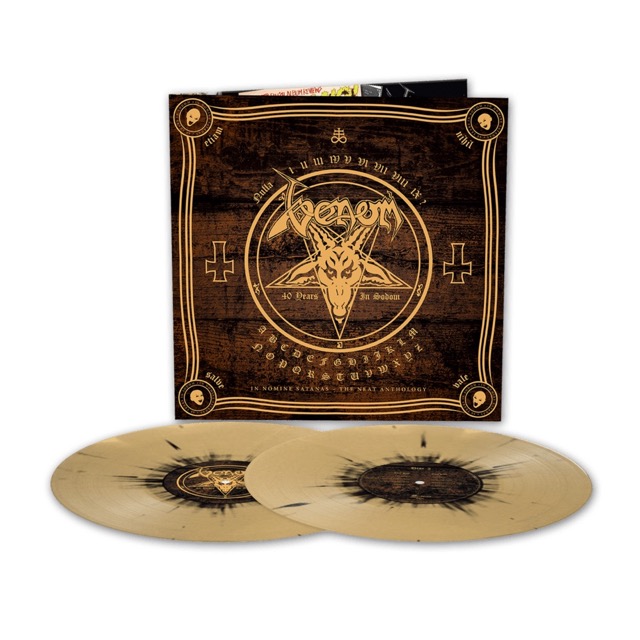 And for the non-vinyl collectors, there will also be a 43 track 2CD version, housed in a mediabook, that also includes two unreleased tracks. 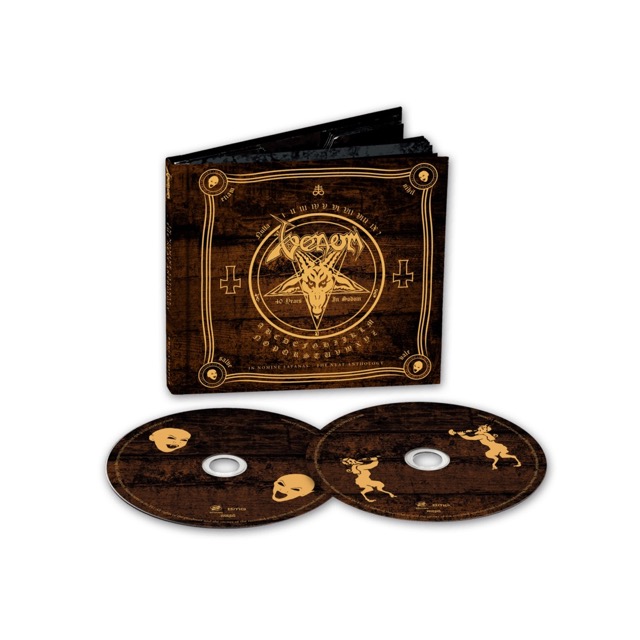 It’s a good time to be a Venom fan. Welcome to hell.

Pre-order the set here, and watch a video trailer below.

“To me, Venom represent the start of a very important movement that has split into many more important movements. It was a revolution. After that moment, death metal, thrash metal, black metal and all these genres exploded and they all owe something to Venom.” - Michel ‘Away’ Langevin (Voivod)

“I didn’t know it back then because everything was fresh. We didn’t know what we were looking for, but when I heard Venom, that was it.” - Jørn ‘Necrobutcher’ Stubberud (Mayhem)