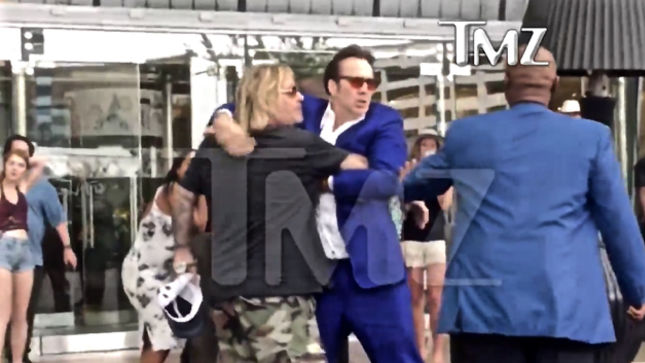 TMZ are reporting that Mötley Crüe frontman Vince Neil and actor Nicolas Cage got in a huge physical fight in Las Vegas Thursday, after Vince allegedly attacked a woman in a hotel... and Vince is now the subject of a criminal investigation.

TMZ’s sources tell them that Nic and Vince were inside the Aria Hotel on the Vegas strip when a woman came up to Nic and asked for an autograph. The sources say Vince allegedly got behind the woman, grabbed her by the hair and pulled her to the ground.

Read the full story at TMZ and check out the video below: